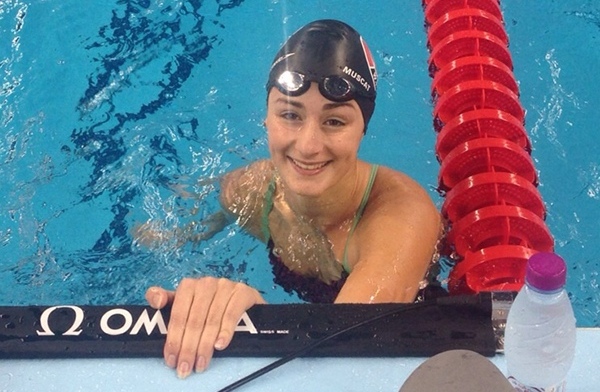 UCD’s Nicola Muscat has been selected to compete for Malta in the 50m freestyle at the Rio Olympics in August. Muscat holds seventeen Maltese national records and raced at the London Olympics.

She joins eight other UCD elite athletes at the Rio Olympics. They will compete in track, rowing, hockey, pentathlon and swimming events. The games start on August 5, 2016.

Prendergast and McGlade then joined Darragh Greene and Alex Murphy to compete in the 4x50 medley relay. The four UCD men won in a time of 1:41.94, beating Bangor’s previous Irish record of 1:45.79.