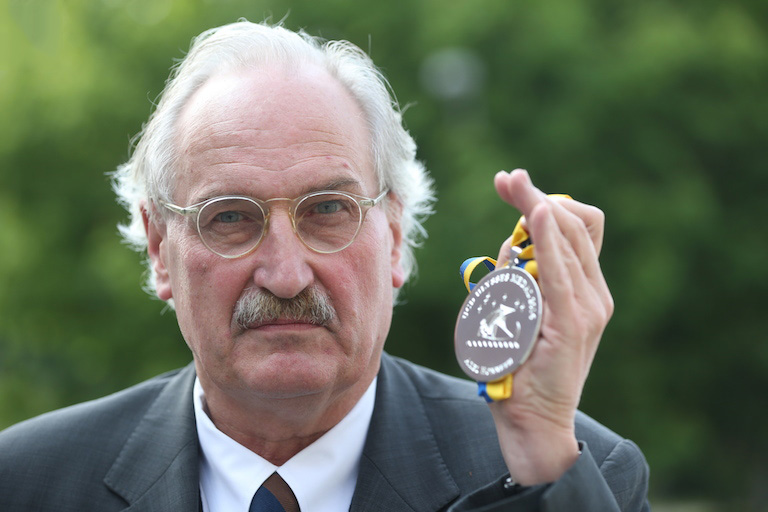 University College Dublin has presented the UCD Ulysses Medal to Professor Axel Honneth for his lifetime contribution to social philosophy and critical theory.

“Professor Honneth has been instrumental in developing research programmes dealing with the effects of capitalist modernisation, social relations and struggles for social recognition,” said Dr Danielle Petherbridge, UCD School of Philosophy, who delivered the citation at the official award ceremony.

“Honneth is remarkable not only for the significant body of scholarly literature he has produced but also for the depth and breadth of his thinking.”

“He is unique in his ability to engage with a diverse range of traditions and disciplines and for his willingness to enter into productive dialogue with a range of thinkers.” 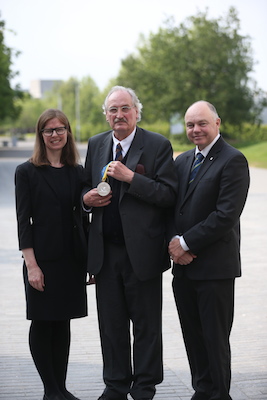 Professor Honneth is director of the Institute for Social Research in Frankfurt, the institutional home of the Frankfurt School. The Frankfurt School was formed as an alternative to the dominant capitalist versus socialist debate in the 1920s.

The Frankfurt School took inspiration from the ideas of Karl Marx but opposed the communism of the Soviet Union. They developed their own brand of critical theory by drawing on a range of thinking including psychoanalysis and existential philosophy.

Professor Honneth has played a key role in advancing the philosophy of the Frankfurt School, particularly with his idea that social conflict is caused by a lack of recognition.

His most recent book, Freedom’s Right: The Social Foundations of Democratic Life (Columbia University Press, 2014) addresses an idea of freedom based on reciprocal recognition and social co-operation.

The President of Ireland, Michael D. Higgins sent a message to Professor Honneth on receipt of his award. The message was read out at the ceremony.

“There can be no doubt that Axel Honneth’s legacy will be a greatly significant one,” said President Higgins.

“Throughout a distinguished academic career, he has made an outstanding contribution to the development of critical recognition theory. His work has been profoundly inspirational, promoting much reflection and debate on the ideal and crafting of a truly ethical society.”

Professor Honneth currently holds the Chair in Social Philosophy at the Goethe University in Frankfurt. He is also Jack C. Weinstein Professor in Humanities in the Department of Philosophy at Columbia University.

The UCD Ulysses Medal was inaugurated in 2005 to highlight the creative brilliance of UCD alumnus James Joyce, who graduated in 1902 with a degree in English, French and Italian.