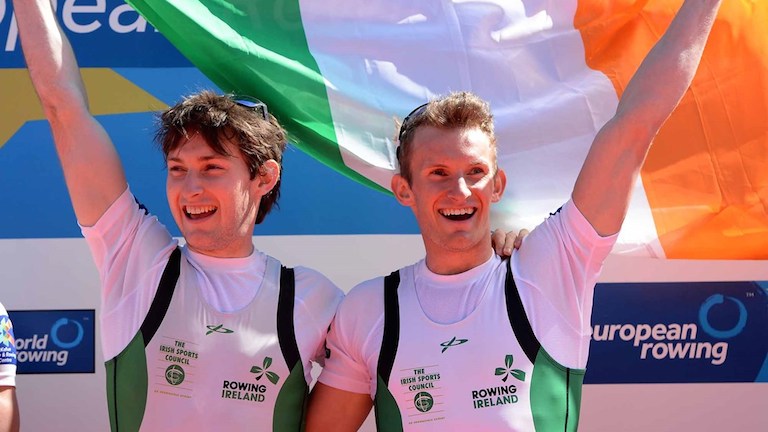 The Irish team of O’Donovan and brother Gary recorded a time of 6:57.760 in the A final of the men’s lightweight double sculls.

The O’Donovan brothers will represent Ireland in the double sculls at the Olympic Games in Rio. They qualified for the games during the 2015 World Rowing Championships.

Lanigan-O’Keeffe and teammate Natalye Coyle finished first ahead of Belarus and Ukraine.

The modern pentathlon is made up of five disciplines. These include equestrian show-jumping, fencing, swimming, running and pistol shooting.

Lanigan-O’Keeffe will join O’Donovan in representing Ireland at the 2016 Olympic Games. He qualified for the Olympics after taking gold at the 2015 European Modern Pentathlon Championships.

He previously represented Ireland at the 2012 Olympics in London.