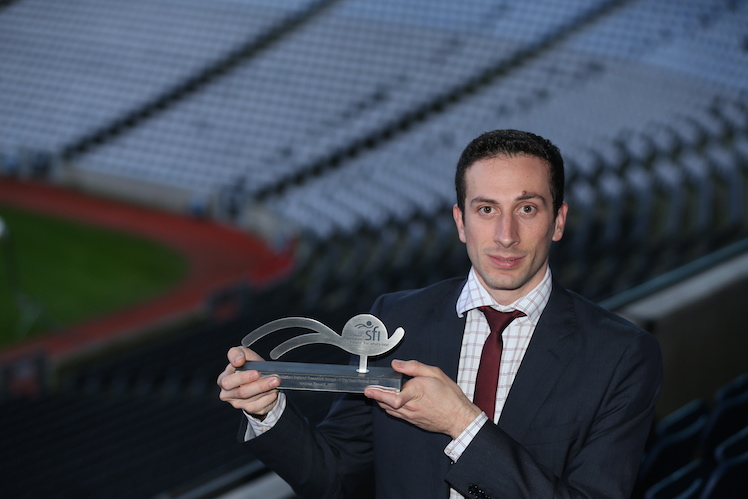 A PhD student at University College Dublin has won the Science Foundation Ireland Research Image of the Year competition.

The competition celebrates images captured by Science Foundation Ireland funded researchers during the course of their research.

Andrea Zanetti, a Chemistry PhD student at the UCD School of Chemistry, won the award for his image: ‘Organic ChemisTree, a Telescopic View’. 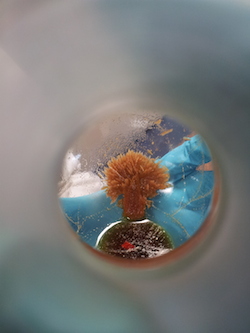 The chemical reaction Andrea was trying to create is a known as a Sandmeyer reaction, which requires an excess amount of copper.

The product of this reaction is an early-stage building block of a Lipoxin analogue, which was the aim of his project.

Pictured: Andrea Zanetti, a Chemistry PhD student working under the supervision of Professor Pat Guiry at the UCD School of Chemistry, won the award for his image: ‘Organic ChemisTree, a Telescopic View’.

Lipoxins are naturally occurring anti-inflammatory molecules whose short life in vivo – where the effects of a biological process is tested in a living organism – renders them non-viable for use as a pharmaceutical drug.

Andrea's research is based on making molecules similar to the natural occurring Lipoxin. These changes should make the novel molecules more resistant while maintaining/improving their anti-inflammatory properties.

Explaining why he decided to capture the image of the reaction, Andrea said: “Whenever I went to purify the reaction mixture that I had left in a round bottom flask, the small brown crystal caught my attention.

“By tilting the round bottom flask, I could see the whole crystal structures (most of it was previously submerged by the reaction mixture), and the resemblance to a tree was quite astonishing. That’s when I decided it was worthwhile to take a picture of it.”

“By the evening when I finally got time to work…the copper salts (side product) had slowly grown (crashed out) in the shape of a tree from the green island (my product mixture). The blue sky background is due to the nitrile glove I was wearing.”

November 13-20 marks the Science Foundation Ireland-led Science Week, which provides people across Ireland with the opportunity to attend a wide range of events and explore how science is a part of their everyday lives.