Ancient DNA from early settlers of the Pacific 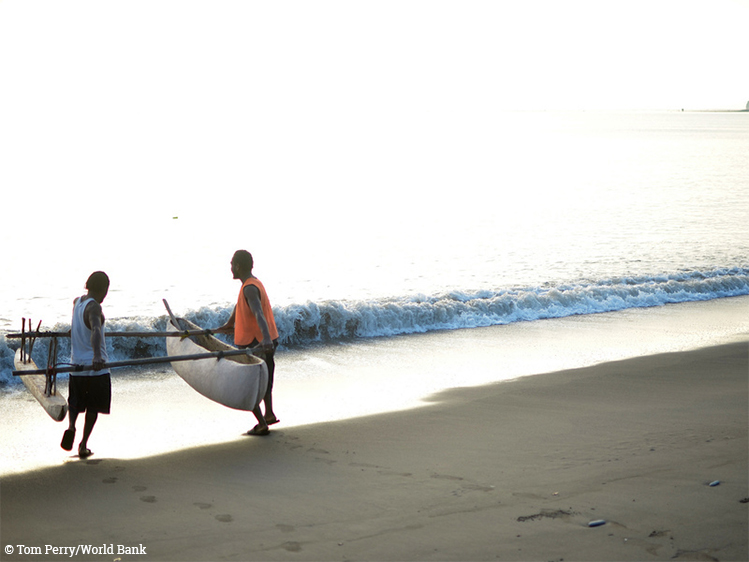 More than 3,000 years ago, a group of people set out from the Solomon Island chain in the southwestern edge of the Pacific Ocean and steered their outrigger canoes toward the horizon, with no land as far as their eyes could see. These people and their descendants were to be the first to cross more than 350 kilometer stretches of open ocean into a region known as Remote Oceania. Now, DNA sequences are for the first time telling us more about the ancestral origins of these people, and their genetic legacy that lives on in Pacific Islanders today.

A scientific team led by researchers at Harvard Medical School, University College Dublin, and the Max Planck institute for the Science of Human History has analyzed DNA from people who lived in Tonga and Vanuatu between 2,500 and 3,100 years ago, and were among the first people to live in these islands. The results overturn the leading genetic model for this last great movement of humans to unoccupied but habitable lands.

"This is the first genome-wide data on prehistoric humans from the hot tropics, and was made possible by improved methods for preparing skeletal remains" says Dr. Ron Pinhasi from the UCD School of Archaeology, a senior author of the study. “The unexpected results about Oceanian history highlight the power of ancient DNA to overthrow established models of the human past.”

When the researchers examined the DNA sequences they found—to their great surprise—that the ancient individuals carried no trace of ancestry from people who settled Papua New Guinea more than 40,000 years ago, in contrast to all present-day Pacific islanders who derive at least one-quarter of their ancestry from Papuans. This means that the Remote Oceanian pioneers swept past the archipelago that surrounds New Guinea without much mating with local people.

"A major and not previously recognized migration must have spread the Papuan ancestry that is found everywhere in the Pacific today " says Dr. David Reich, a senior author at Harvard Medical School and at the Howard Hughes Medical Institute.

The researchers also documented how mixture between Papuans and the first pioneers of Remote Oceanian has shaped the genomes of present-day Pacific populations, from genetic diversity to ancestry proportions from archaic Denisovans.

“A particularly striking finding is the different ancestry observed on the X-chromosome, which is inherited mainly from females” says lead author Dr. Pontus Skoglund of Harvard Medical School and Stockholm University. “This reveals that the vast majority of the ancestry from these open water pioneers that survives today is derived from females, showing how DNA information can provide insights into cultural processes in ancient societies”.