Shift work has negative impact on most employees' health

Most people who work shifts in Ireland regularly skip meals and do not get enough sleep, according to new research led by an investigator at University College Dublin.

The research published by food safety and nutritional health body safefood also found that over two-thirds of those who work shifts are smokers – a rate that is well above average in the general population.

The authors of the study noted that lack of breaks, shift patterns, poor availability of food and fatigue due to long working hours were the most common barriers reported by shift workers to leading a healthier lifestyle. 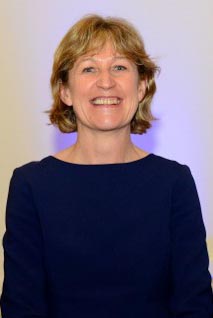 More than two in three (67%) shift workers reported skipping meals on work days and almost 8 in 10 (78%) reported getting insufficient sleep.

The investigators surveyed more than 1,000 people to better understand the factors that influence their food and related lifestyle habits while working shift hours.

An estimated 15 per cent of the workforce in the Republic of Ireland and Northern Ireland is employed in shift work.
Shift work entails working hours outside the standard working week, and may involve evening, weekend and rotating shift patterns.

Employees in the accommodation and food services, manufacturing and health and social sectors took part in the survey.

“What’s noticeable from the research is how skipping meals, inadequate physical activity and insufficient sleep are commonly noted by shift workers as behaviours that impact upon them,” said Dr Corish.

The study also identified gender and age as being influencing factors on health – men reported poorer dietary habits than women and were more likely to report being overweight.

The health and social care and accommodation and food services groups were more likely to report a lack of breaks, and unclear finishing times, with poor structure to work organisation.

Meanwhile, shift workers in the manufacturing sector reported having more routine meals and less hazardous alcohol intake, but are more overweight and sleep-deprived

Dr Cliodhna Foley-Nolan, Director, Human Health & Nutrition, safefood, said the findings highlighted the need for a number of “targeted approaches” to address the range of issues raised by shift workers.

The report recommended the provision of dietary guidelines tailored for individual work circumstances, guidance on healthy sleep patterns and the promotion of physical activity.

UCD led the all-island study in partnership with Ulster University and Dublin Institute of Technology.