Some species of male land-based mammals can vary vocal sounds to exaggerate their body sizes to attract mates.

Lions, African elephants and red deer have developed physical features that enable them to vary the pitch and frequency of their vocal signals to make their body size appear larger to attract potential sexual partners and deter rivals, according to the study published in the journal Nature Communications.

Some animals have developed physical adaptations that enable them to make low-frequency (resonance) vocal sounds that usually only mammals of larger body sizes can make – thereby making themselves appear bigger to potential mates. 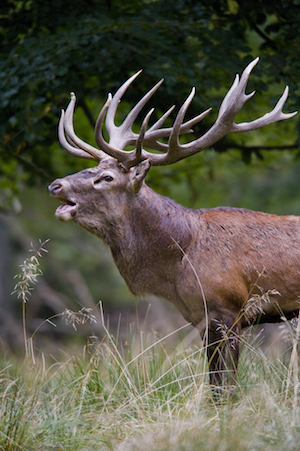 These physical traits are often only present or are disproportionately large in males involved in trying to attract mates or deter rivals.

There is particular pressure on some species of animals to have larger body sizes than their potential rivals for mating.

The researchers from University College Dublin and the University of Sussex now believe that this pressure was a key factor leading to the evolution of physical adaptations in some male mammals, enabling them to exaggerate their size through their vocal signals.

The researchers made the findings after they analysed the relationship between male vocal signals and the body sizes of 72 species of land-based mammals, including lions, chimpanzees and humans.

“The study sheds light on the evolution of acoustic diversity across mammals.”

Males of species where there is pressure to have large bodies for mating and deterring rivals produce vocal signals with lower formant frequency than expected for their body size, but not fundamental frequency.

Some animals, such as lions, koalas and Mongolian gazelles can produce abnormally low formant frequency for their size by extending their vocal tracts using descended and/or mobile larynges – voice box.

Other mammals, such as howler monkeys and colobus monkeys possess additional resonators, while African elephants and southern elephant seals have nasal proboscises – snouts.

The paper is entitled: The evolution of acoustic size exaggeration in terrestrial mammals.