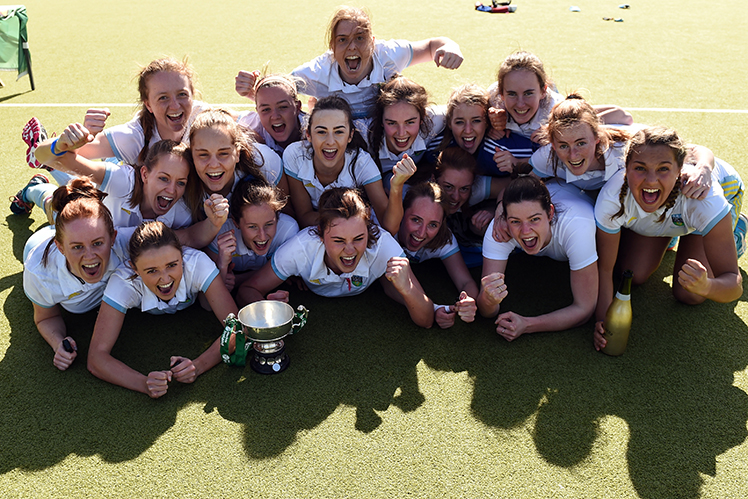 The Belfield outfit sealed the title with a goal from Deidre Duke with just two minutes left on the clock that sunk the challenge from finalists Cork side Harlequin’s.

The thrilling encounter was played at a hectic pace with both sides threatening to score on several occasions.

The students failed to convert a number of penalty corners in the first half. One of them was promptly cleared and passed to Rebecca Barry of Harlequin’s, but her shot was saved by UCD’s Clodagh Cassin.

UCD had another couple of corners as Gillian Pinder’s runs made inroads for the students.

The game became more structured in the second half, with both sides enjoying spells of dominance. UCD enjoyed a period on top when Harlequin’s players Roisín Upton and Rebecca Barry were sin-binned.

But it was just two minutes and 45 seconds from time that Lena Tice’s overhead pass set up Deirdre Duke who showed plenty of composure in front of goal to score the winner.