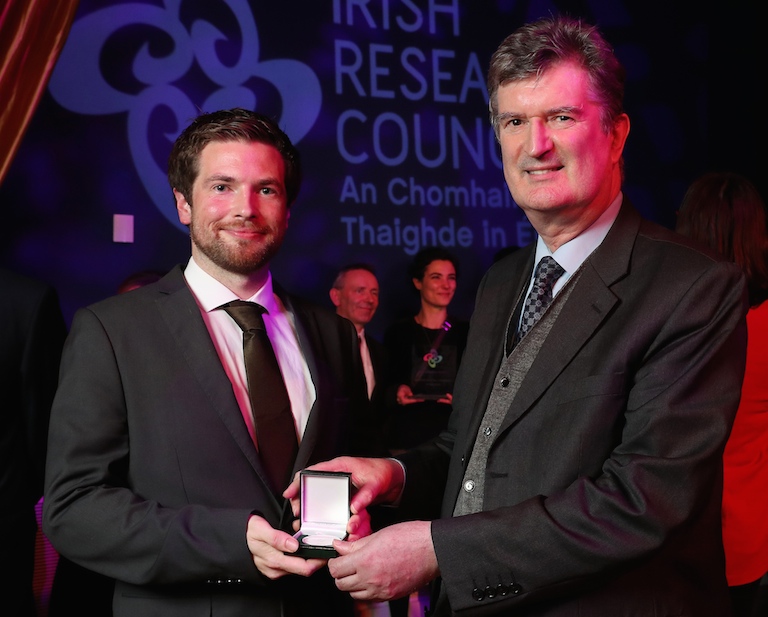 The Irish Research Council (IRC) has named one of its newly introduced Medals of Excellence in honour of Professor Maurice Bric from the UCD School of History, University College Dublin.

Named after former Chairs of the Irish Research Council, the medals recognise achievement in science, technology, engineering and mathematics (STEM) and the arts, humanities and social sciences (AHSS). They will be awarded annually.

“Maurice Bric was highly influential in the establishment of the Irish Research Council and its predecessors,” said Professor Orla Feely, UCD Vice-President for Research, Innovation and Impact.

“These Councils transformed the Irish research landscape, and research nationally would be immeasurably poorer without them.  I am delighted that Maurice’s outstanding contribution is now recognised in the form of the medal named in his honour.”

Professor Bric was the driving force behind the Irish Research Council for the Humanities and Social Sciences (IRCHSS), during its formative years. His Bric Report, submitted in 1999, made the case to Government to establish and fund the system of research councils which exists to this day. Under his stewardship, the Council transformed the landscape in Ireland for research in the arts, humanities, and social sciences.

Professor Bric identified the importance of providing structured and funded support to young scholars, in the form of postgraduate scholarships and postdoctoral awards.

He also pioneered funding of large research projects for established academics. This support has had a major impact on scholarship, enabling researchers in Ireland to develop their profile and achieve international recognition.

He negotiated Ireland’s initial membership of the European Science Foundation and subsequently chaired the EU Advisory Committee on the Humanities as well as co-founded HERA (Humanities in the European Research Area).

Professor Bric is a long-standing member of the faculty of the UCD School of History, University College Dublin. He is a renowned scholar of Irish-American history.