Earth's water may have originally been formed deep within its mantle, study shows 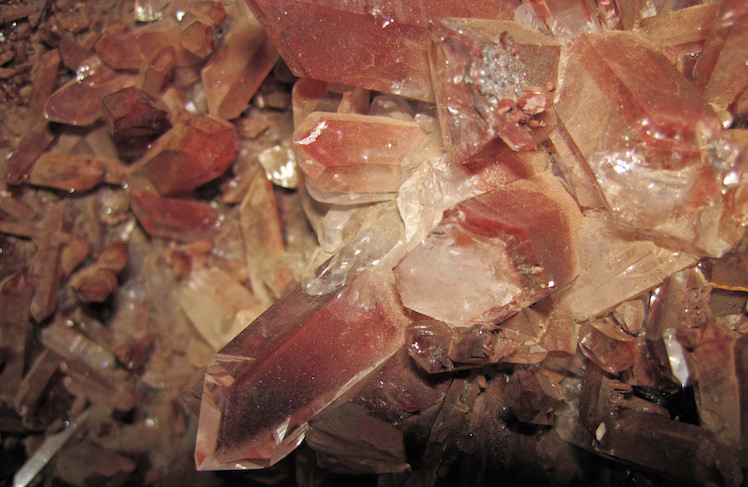 Earth’s water may have originally been formed by chemical reactions deep within the planet’s mantle, according to research led by University College Dublin.

The new theory offers an alternative explanation as to how the life-giving liquid may have originated on Earth. Previously, scientists have suggested that comets that collided with the planet could have deposited large amounts of ice on the Earth which later melted, forming water.

The investigators carried out computer simulations which found that reactions between high-pressure and high-temperature fluid hydrogen and silicon dioxide in quartz, found in Earth’s upper mantle, can form liquid water under the right conditions.

Pictured top: A new study led by a team of scientists at UCD shows that a reaction betwen silicon dioxide that is found in quartz crystals (picture) (Photo credit - flickr-jgsgeology) and fluid hydrogen at high temperatures and pressure, found in the earth's upper mantle, can create water; and below, Youtube clip from Beyond Science with details on discovery by scientists in 2014 that vast 'ocean-like' quantities of water are located 600 miles below surface of Earth

The exercise tested the reaction at different temperatures and pressures typically found in the upper mantle 40 to 400km below the surface of the Earth.

The simulations revealed that the silica and fluid hydrogen could form water when exposed to temperatures of just over 1400°C and at pressure 20,000 times higher than Earth’s atmospheric pressure.

Silica is found in abundance above and below the surface of the earth in the form of the mineral quartz – the Earth’s crust is 59 per cent silica.

They also believe the release of this pressure could be responsible for triggering earthquakes hundreds of kilometres below the Earth’s surface.

The new findings support the experiments on the same reaction between silicon dioxide and liquid hydrogen carried out by Japanese scientists in 2014.

"We were initially surprised to see in-rock reactions, but we then realised that we had explained the puzzling mechanism at the base of earlier Japanese experimental work finding water formation,” said Prof English.

“We concluded that these findings help to rationalise, in vivid detail, the in-mantle genesis of water. This is very exciting and in accord with very recent findings of an 'ocean's worth' of water in the Earth's mantle.

"We thank Science Foundation Ireland and our collaborators at the University of Saskatchewan, and the Ireland-Canada Foundation for 'seeding' this 20-paper collaboration with Professor John Tse ten years ago."

The findings were published in Earth and Planetary Science Letters.

Various studies in recent years have also suggested that vast quantities of water are stored in rocks as far as 1000km below the surface of the Earth.

The paper is entitled: Formation and properties of water from quartz and hydrogen at high pressure and temperature.