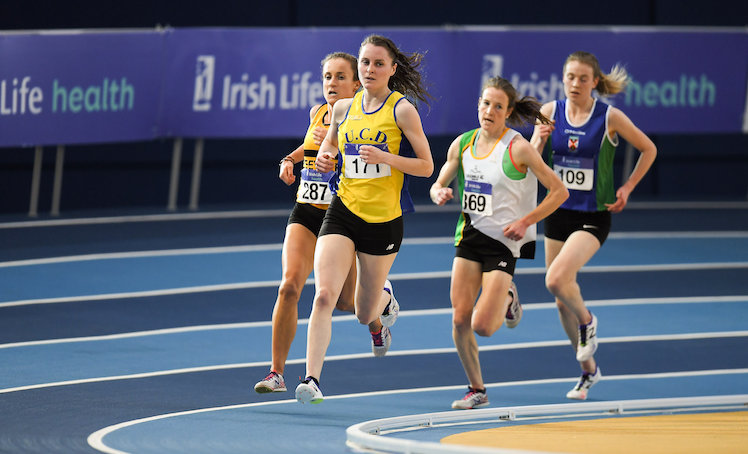 Running the day after her grandmother Elizabeth passed away, Mageean took gold ahead of Fionnuala McCormack and steeplechaser Michelle Finn.

Ciara Mageean wins (Sinead O'Connor in shot) in 9:08.79 ahead of Michelle Finn and Fionnuala McCormack pic.twitter.com/BVAVnuBknE

At the halfway point of the race at the Sport Ireland National Indoor Arena in Abbotstown, European Women's 1,500m bronze medallist Mageean and her fellow Olympian Michelle Finn were clear of the field.

She then broke completely clear in the final 800m and maintained a commanding lead, finishing in a time of 9.08.83, four seconds ahead of Finn, with McCormack coming seven seconds behind.

The win is a boost for the fourth-year Physiotherapy student and Ad Astra athlete who now travels to the European Indoor Athletics Championships in Belgrade where she will compete in the 1,500m from March 3 to 5. She will lead an 11-strong Irish team at the championships.