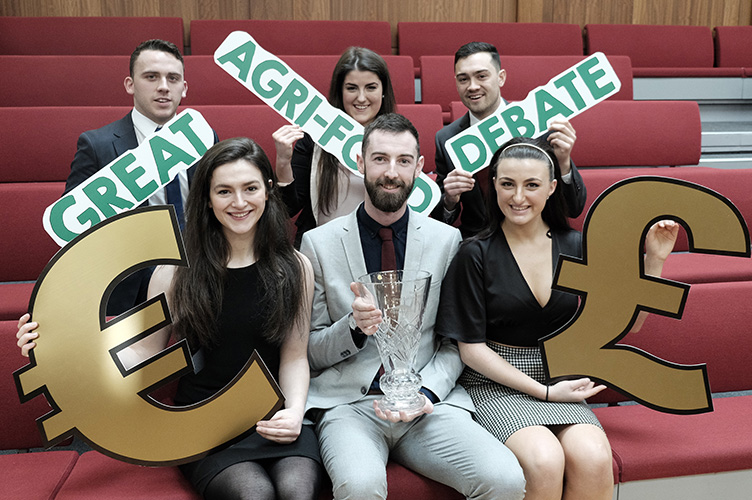 The winning team, all students from University College Dublin (UCD) School of Agriculture and Food Science, opposed the motion: “Brexit will be good for the Irish agri-food industry”.

The motion was supported by students from Waterford Institute of Technology.

This is the second year that UCD hosted the event, which was held in the Garret Fitzgerald Debating Chamber and was sponsored by meat processing company Dawn Meats and McDonald’s Ireland.

Students from the UCD team vigorously opposed the motion citing issues such as the potential reduction in agri-food exports and loss of the UK-Ireland trading relationship.

Irish agri-food exports to the UK account for one-third of the country’s total merchandise exports to the UK. Just under half of Irish beef exports are destined for the UK market. In opposing the motion UCD drew on the importance of this trading relationship.

UCD’s captain Niall Walsh argued: “The Irish agri-food industry, without demand from the UK, would be completely rudderless. Like it or not, for hundreds of years, Ireland and the UK have had close ties and a trading relationship. It’s very hard to see how barriers and tariffs in this relationship could be a good thing.”

Proposing the motion, students from Waterford Institute of Technology put forward their case for the potential opportunities that Brexit represents while arguing that Ireland will remain a special trading partner with the UK.

Following an energetic and informative debate, the team from UCD won the debate on a tight split decision.