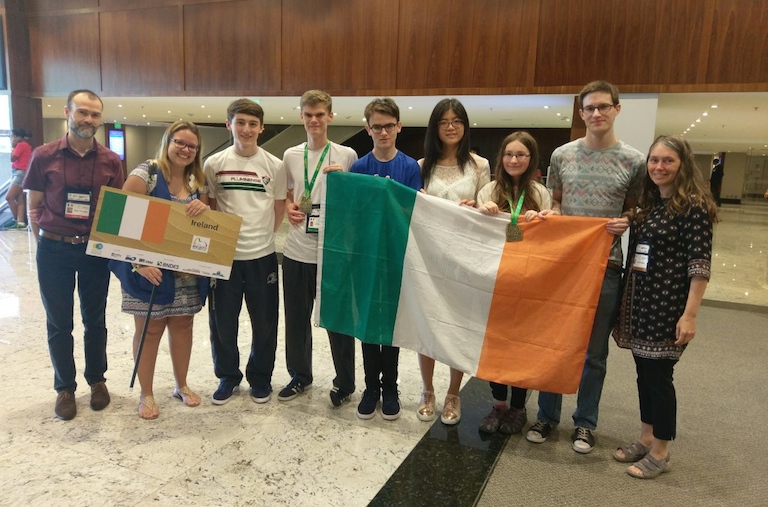 Team Ireland has won two bronze medals at the International Mathematical Olympiad (IMO) in Rio de Janeiro, Brazil. This is the first time an Irish team has won two medals since it began competing at the IMO in 1988.

The annual two-day event is open to secondary school students and is the biggest and oldest Scientific Olympiad in the world. Students from more than 100 countries took part this year.

Contestants were challenged to solve three mathematical problems in four and a half hours each day. A maximum of seven points was available for each problem. None of the 615 entrants achieved the highest possible score of 42. Three participants from Iran, Japan and Vietnam shared first place with a total score of 35.

Dr Mark Flanagan, Associate Professor in the UCD School of Electrical and Electronic Engineering, led the six-strong Irish team to its best ever performance in the competition.

Cillian Doherty and Anna Mustata were Ireland’s two bronze medalists. Doherty, a student at Coláiste Eoin in Booterstown, Dublin received full marks for one problem and six points for another. He scored 17 overall.

Mustata, who attends Bishopstown Community School in Cork, fully solved two of the six questions. She achieved a total score of 16.

Ireland’s four other team members received Honourable Mentions for completing at least one of the six problems.

The International Mathematical Olympiad (IMO) was first held in 1959 and is hosted by a different country every year.