Primary school children are eating more fruit and vegetables after a healthy eating programme designed to change children’s eating habits for life was implemented in Irish schools, according to a new report by researchers at University College Dublin.

The Food Dudes Evaluation 2016 report found that the Food Dudes programme in Irish primary schools has brought about short and long-term benefits in terms of increasing the levels of consumption of fruit and vegetables among pupils.

The study was carried out by researchers at the National Nutrition Surveillance Centre, part of the Institute of Food and Health, University College Dublin. The Food Dudes programme was designed to bring about and sustain increased fruit and vegetable consumption amongst primary school children. 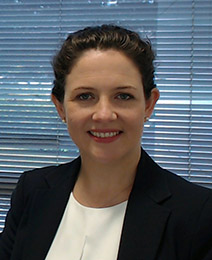 In 2016, six years after the original programme begun, the percentage had decreased to 67%. However, following a further Food Dudes Boost programme, the percentage increased further to 75%.

For vegetables, the results were more significant. Before the programme began in 2010, just 6% of pupils brought one or more portions of vegetables to school.

Immediately after the Food Dudes Programme was run in the schools sampled, the number of pupils bringing one or more portions of vegetables to school increased to 57%.

By 2016, the percentage had decreased to 12% but was still higher than the 2010 baseline, and increased to 27% following the “boost” programme.

“Within the sample of primary schools that were evaluated, there appears to be a consistent, positive impact of the Programme on the proportion of children bringing fruit and vegetables to school,” she said.

“Younger children (junior infants to second class) appear to respond well to the programme, which is important as food preferences and habits are typically developed in younger aged children. We recommend that future development of Food Dudes considers alternative strategies to encourage and involve older children in promoting fruit and vegetable consumption in primary schools.

In an attempt to increase the consumption of fruit and vegetables among schoolchildren those involved in the study repeatedly offered them portions of the healthy foods over a 16-day period.

This approach was also supported by accompanying measures in the form of role models and small rewards. A further phase followed where parents continued to give their children fruit and vegetables at home.

Researchers developed the Food Dudes Quick Eating Diary (FDQED) to record class provision and consumption of fruit, vegetables and snacks both before and after the 16-day intervention period.

The investigators found that the programme is particularly effective in younger children – junior infants to second class pupils – with the proportion of junior pupils bringing and consuming vegetables at school increasing by more than four-fold.

Another finding was that the majority of children ate what was provided in their lunchbox even when extra fruit and vegetable portions were provided, highlighting the important role and influence of parents.

A desire for increased parental involvement in the programme was cited by parents and teachers, when interviewed, and could further improve consumption rates, the study found.

The Food Dudes Programme was originally designed by researchers at the University of Bangor, Wales. It is part of the EU School Fruit and Vegetables Programme.

The full report is available on the Department of Agriculture, Food and the Marine website: http://www.agriculture.gov.ie/media/migration/customerservice/schoolschemes/fooddudes/FoodDudesEvaluation201016250517.pdf