Hu Chunhua, member of the Political Bureau of the Communist Party of China (CPC) Central Committee and secretary of the Guangdong Province, visited University College Dublin as part of an official four-day delegation to Ireland. 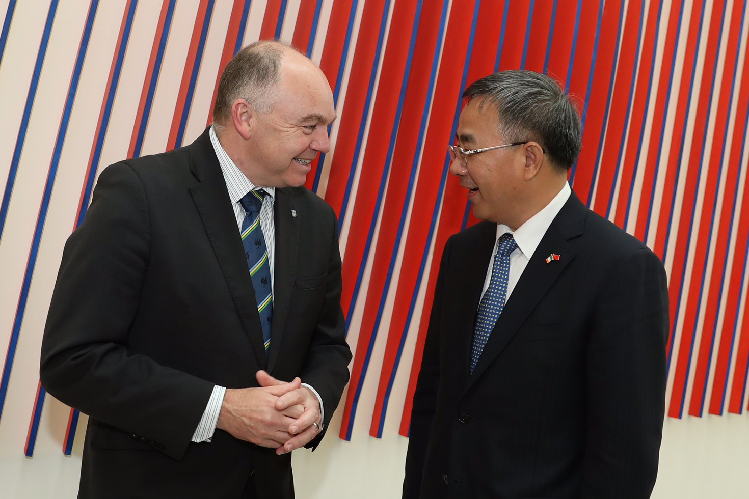 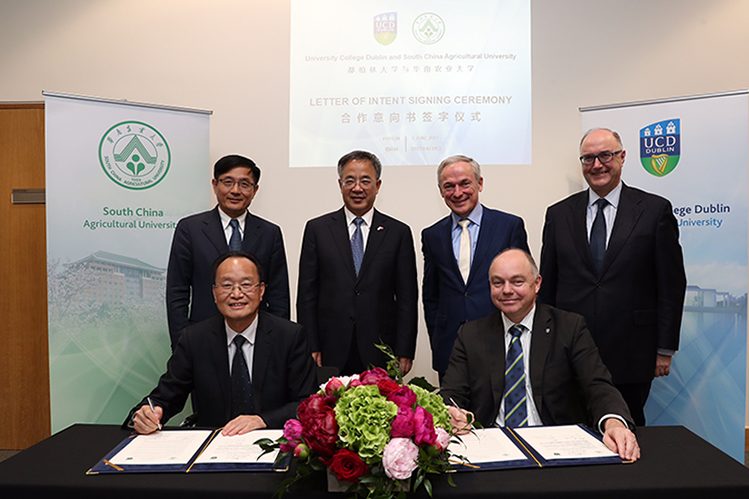 Co-signing of Letter of Intent by UCD-SCAU was witnessed by (back row, l-r): Dr Yue Xiaoyong, China’s ambassador to Ireland; Hu Chunhua, Chinese Secretary of the Guangdong Province; Richard Bruton TD, the Minister for Education for the Irish Government and Mr Paul Kavanagh, Ireland’s ambassador to China

This will involve discussion around the future development of joint UCD-SCAU academic programmes in areas such as agri-food science, plant biology, life science, horticulture and agricultural economics.

South China Agricultural University (SCAU) was founded in 1909. It has over 42,000 students (38,000 undergraduate and 4,000 graduate). It is located in the Guangdong Province in the south-east of China. This is the largest of all provinces and municipalities in China in terms of GDP and exports value.

Guangdong has a population of around 108 million. Its economy exceeds some €1.1 trillion.

While in Ireland, Hu met with Taoiseach Enda Kenny TD and attended a business roundtable meeting with over 120 Guangdong and Irish entrepreneurs.

According to Xinhua, “Hu said Guangdong hopes to deepen friendly and cooperative relations with Ireland, and enhance pragmatic cooperation in a wide range of fields, including science and technology, education and agriculture.”

The co-signing of the Letter of Intent by UCD and SCAU was also witnessed by Richard Bruton TD, the Minister for Education for the Irish Government.