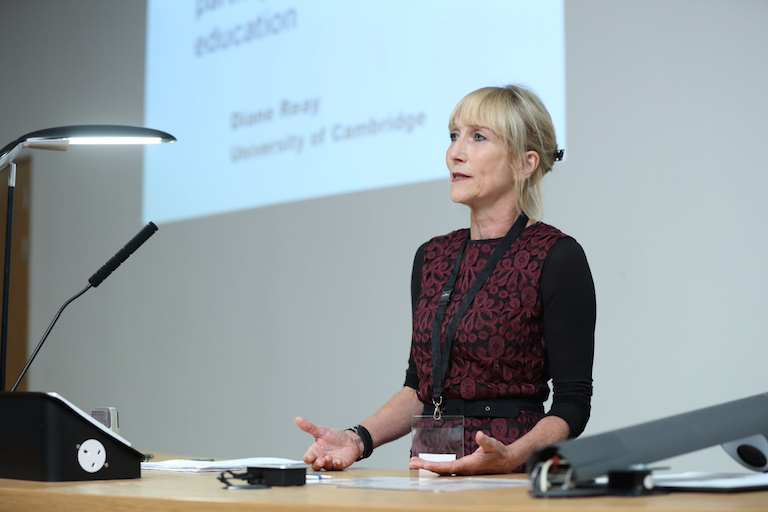 Working-class students in UK universities are less likely to graduate and achieve the highest degree classes than their middle- and upper-class peers, according to educational sociologist Professor Diane Reay.

The University of Cambridge professor was in Dublin to deliver the keynote address at the inaugural UCD Access Symposium at University College Dublin.

Speaking to delegates, she described some of the findings from her research on inequality and working class participation in UK higher education. She suggested the findings provide “cautionary lessons” for the Irish sector.

“In 21st century Britain class inequalities in higher education have shifted from being primarily about exclusion from the system to exclusion within it.”

According to Professor Reay, to achieve a more socially just higher education system, it is not enough to simply have more students from working-class backgrounds enter higher education without addressing fundamental social and cultural inequalities.

“Widening access to a very unequal, hierarchical field is a very crude response to an intractable problem that requires a much more sophisticated, morally informed solution.”

“[In our study] working class students were far more likely to be exhausted from part-time work, distracted by financial, health and family problems, and often lacking the confidence and self-esteem to be able to construct themselves as successful learners, said Professor Reay.

These factors can have a significant negative effect on the academic performance of working-class students.

Diane Reay is Professor of Education at the University of Cambridge. The daughter of a coal miner, she was the first member of her family to attend university.

Her research focuses on the UK education system and has investigated boys’ underachievement, higher education access, female management in schools and pupil peer group cultures. It has made a significant contribution to the understanding of educational disadvantage and social justice issues.

Organised by UCD Access and Lifelong Learning, the UCD Access Symposium showcased innovative research and practices in widening participation at UCD and other Irish higher education institutions. It also celebrated the achievements of students and graduates of UCD’s access programmes.