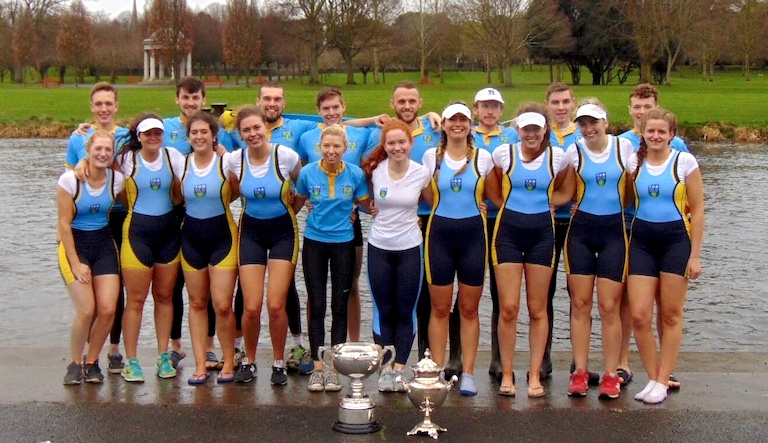 The senior men from UCD Boat Club won the Gannon Cup by three lengths. The crew was led by UCD Ad Astra Elite Athlete and medicine student David O’Malley. They took the lead soon after the start and maintained it through to the finish.

The seniors from UCD Ladies Boat Club took the Corcoran Cup in a race that saw Trinity College lose their rudder towards the end. Trinity had been keeping a distance of less than a length from UCD until the steering loss.

Both UCD and TCD took a race each in the novice events. UCD Ladies Boat Club won the Sally Moorhead Trophy after overcoming their rival’s early lead. Trinity men’s won the Dan Quinn Shield in a race that was close until the finish.