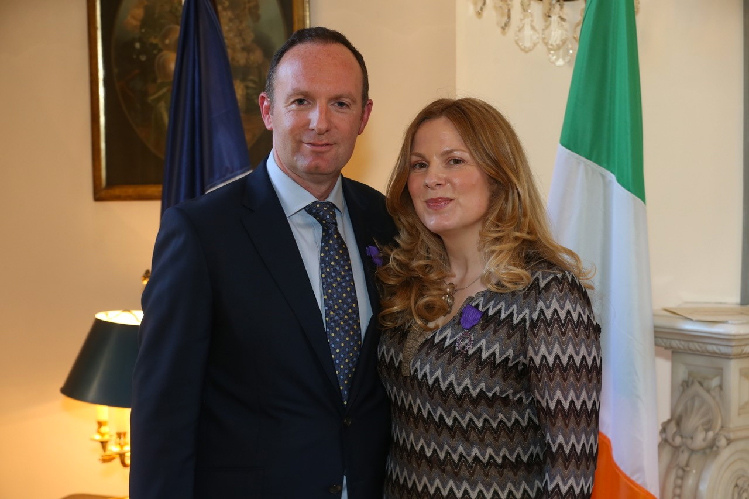 In recognition of their contributions to scientific research, husband-and-wife scientists, UCD zoologist, Emma Teeling and TCD physicist, Peter Gallagher have been awarded the Chevalier (Knight) of the Ordre des Palmes Académiques. This is one of the highest civilian honours bestowed on academics and educators by the French state.

Nicknamed the “purple”, the Order of Academic Palms are the oldest non-military decorations awarded to civilians in France. Napoleon I created the palmes académiques as an honorary title to recognize members of the university in 1808. Since 1955, it has three grades: commandeur (commander), officier (officer) and chevalier (knight).

Professor Emma Teeling from the UCD School of Biology and Environmental Science, University College Dublin, holds a European Research Council (ERC) Starting Investigator Award for her work focusing on ageing in mammals, using bats as a model species. Much of her field-work is based in Brittany, France. She is a member of the Royal Irish Academy, the board of the Irish Research Council and the Governing Authority of University College Dublin.

Professor Peter Gallagher is Associate Dean of Research at Trinity College Dublin. He heads-up a large research group focusing on understanding solar activity and its effects on the Earth. He is an advisor to the Director of Science at the European Space Agency’s Headquarters in Paris, and is currently building Ireland’s first research-grade radio telescope at Birr Castle Demesne in Co. Offaly, supported by Science Foundation Ireland.