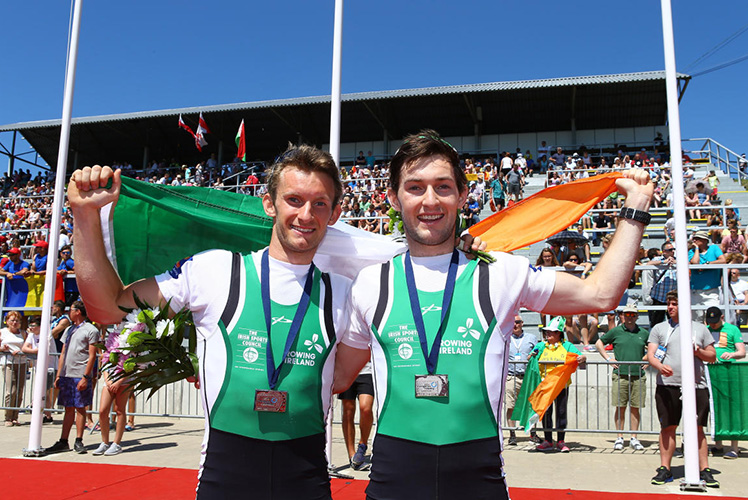 UCD Ad Astra Elite Athlete and fourth-year Physiotherapy student Paul and brother Gary made history last year when they became the first ever Irish rowers to win a medal at the Olympics, taking silver in the lightweight men’s double sculls final.

The brothers had a slow start to the European Championships final in the Czech Republic and were lying in fourth place with 500m left.

'We haven't had a full plate of dinner in over a week' - the O'Donovan brothers reflect on another medal #RTEsport pic.twitter.com/pyXqAkNIuc

However, the Co Cork rowers, from Skibbereen, produced one of their trademark spurts of pace in the final stretch finishing second after a photo finish, ahead of Poland and Italy who finished in third and fourth places.

Paul and Gary won gold in the same race at the European Championship final last year.

But this year they were again beaten to first place by the same French team of Pierre Houin and Jeremie Azou who won gold in the Olympic lightweight double sculls final in Rio.

It's silver for the O'Donovans! An incredible morning for Skibbereen & for Ireland - 3 races, 3 medals. Unprecedented #RTEsport pic.twitter.com/pd2cFun8SR

The brothers’ silver medal was just one of a record haul of three medals for the Irish team at the European Championships. Paul and Gary’s Skibbereen club mates, Mark O'Donovan and Shane O'Driscoll, won the lightweight pair gold, and Denise Walsh claimed the silver in the women's lightweight single sculls.