Explainer: what are initial coin offerings (ICOs) and why are investors flocking to them? 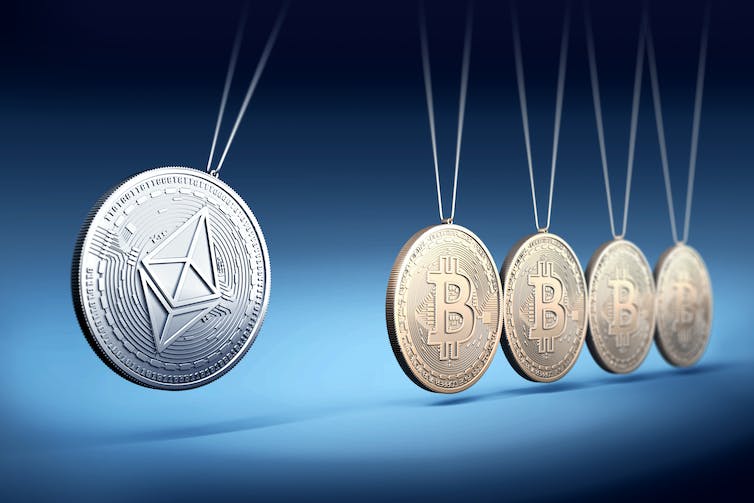 Initial coin offerings – or ICOs – have become enormously popular with investors. They have raised more than US$1.8 billion so far in 2017 and one recent ICO raised US$35m in under 30 seconds.

But they are proving unpopular with governments around the world. The Chinese and South Korean governments have shut them down, while US regulators have issued a warning that ICOs may be subject to securities laws.

This is all part and parcel of the rise in cryptocurrencies in recent years. Bitcoin is the most famous, as the original and still dominant iteration. It was created as a form of digital cash, with a unique property: it is not backed by any bank or government. And it was specifically designed not to be centralised. For this reason it has always had a certain lawless aspect to it and has become the currency of online digital crime. But it is also having a real moment – one bitcoin is currently worth more than US$5,000.

Within the cryptocurrency space ICOs have become the favoured way to raise funds in a manner akin to venture capital funding – but without any of the oversight normally found in that process.

ICOs are typically built on the technology of another cryptocurrency called Ethereum. Created by a programming prodigy, 23-year-old Vitalik Buterin, Ethereum was designed as a “world computer” rather than simply a form of money.

Like Bitcoin, Ethereum is a decentralised payment network with its own cryptocurrency (technically called Ether) that allows anonymous transactions to be sent across the internet without the need for a bank or other middleman. Instead, transactions are stored on the blockchain, a decentralised ledger.

Where it differs from Bitcoin is that, as well as allowing currency to run on its network, Ethereum can run all sorts of things including “smart contracts”, which are a form of digital contract that executes automatically once a certain set of conditions is met. ICOs are built on these contracts. An ICO involves creating a sellable token (or coin) that can be purchased with existing cryptocurrencies (such as Bitcoin or Ether).

In many ways, these tokens are not unlike the virtual currencies found in computer games like World of Warcraft and Second Life. They have a utility value, in that they are the digital venture’s medium of exchange (the money). But, often what attracts investors is the speculative value of tokens on cryptocurrency exchanges, rather than the originally intended use.

The ICO model has attracted scammers who lure gullible investors into ICOs that are unlikely to ever generate a return. And, since ICOs are completely unregulated, investors have no recourse should the project not deliver or simply disappear.

Some ICOs do not allow citizens from certain countries, specifically the United States, to participate, in order to avoid coming under the radar of law enforcement agencies. They are also subject to the volatility that blights cryptocurrencies in general. All cryptocurrencies and tokens are tethered to the price of Bitcoin, the coin that acts as the crypto-economy’s reserve currency.

While the Chinese regulators did not explain why they banned ICOs, they were probably most concerned about the danger to investors, given the prevalence of ICO scams. And they probably should be banned if they are merely schemes to avoid securities laws that exist for good reason.

Nevertheless, it is clear that ICOs are an interesting innovation. They allow people without access to traditional investment opportunities a chance to invest in companies that appeal to them, without the requirement of a broker (and broker fees). In turn, this allows companies to bypass the traditional venture capital scene and to get their projects in motion quicker.