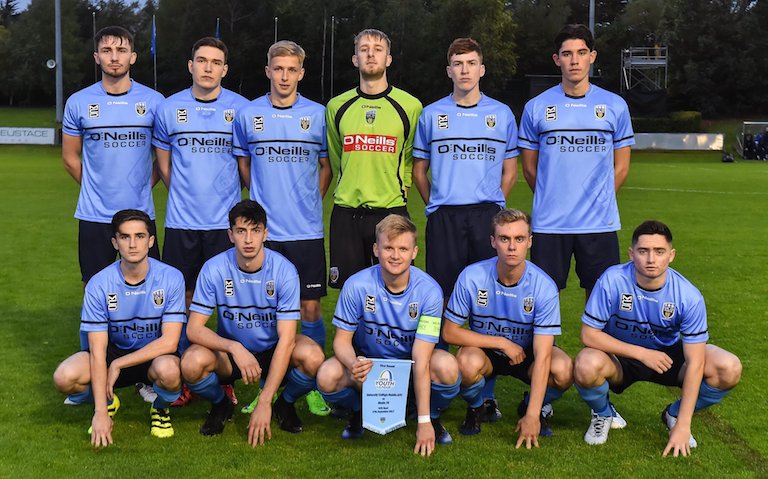 UCD AFC’s U19 team will take a 2-1 lead to Norway after their first-leg victory over Molde in the opening round of the UEFA Youth League.

“It’s a great result for the club and the team who did really well to get the win in the end,” UCD manager Maciej Tarnogrodzki told the42.ie.

“It was always going to be a difficult game but we showed a great determination to come from behind and get the win. We defended really well in the second-half and we’ll take the lead into the second leg now.

“We’ll watch the game back and see what we can improve for the second leg and hopefully we can make it through to the second round.”

UYL - FULL TIME: What a performance and what a turnaround! 2nd leg in Molde on 18th Oct!

This was UCD’s first appearance in the competition. They qualified for the tournament after winning the U19 SSE Airtricity League last season.

Molde took the lead in the 13th minute. A corner kick from Simon Hagbø wasn’t cleared by the Students and defender Leo Oestigaard scored beyond UCD keeper Conor Kearns.

Molde kicked-off with a minute left in the half but were suddenly behind when UCD striker Sean McDonald dispossessed defender Elias Mordal. McDonald sprinted towards the Molde goal and slotted past Jonatan Byttingsvik to put his side 2-1 up going into the break.

UCD defended their lead well in the second half and almost struck a third when captain Andrew O’Reilly beat two defenders to take him through on goal. Molde goalscorer Oestigaard managed a last-ditch tackle and the game finished 2-1 to the Students.

The UEFA Youth League is made up of 64 teams. Thirty-two of these come from the youth ranks of the teams competing in this year’s UEFA Champions League. The remaining 32 clubs enter the tournament as winners of domestic competitions.

The second leg of UCD AFC U19 v Molde FK U19 takes places on Wednesday, October 18 at the Aker Stadion in Molde, Norway.