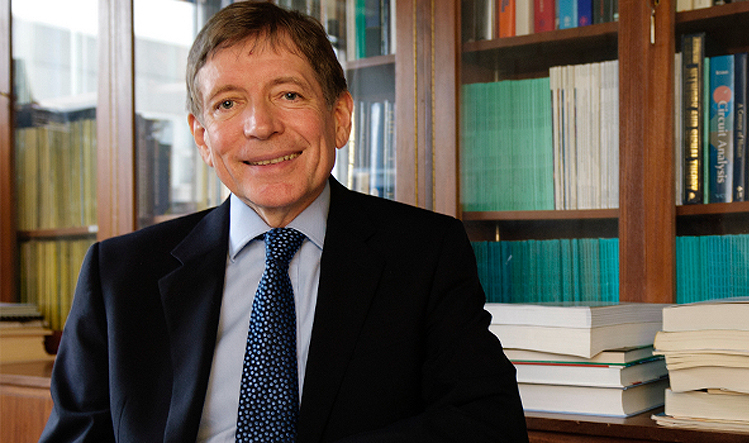 A pioneer in the area of microwave electronics and wireless communications, Tom Brazil’s research focused on non-linear modelling and characterization techniques at the device, circuit and system level within high-frequency electronics.  He was head of the RF & Microwave Research Group in UCD, whose research in high power amplifiers is internationally renowned, playing a significant role in the Internet of Things innovation.

Graduating with a first class honours BE in Electrical Engineering from UCD in 1973, he was awarded a PhD in 1977 by NUI.  He spent two years working on microwave sub-system development at Plessey Research (Caswell) in the UK and after a year as a lecturer in the Department of Electronic Engineering at the University of Birmingham in the UK, returned to UCD to take up a faculty post here.  A brilliant educator and mentor, he went on to become Head of Electronic Engineering in the UCD School of Electrical & Electronic Engineering, inspiring generations of students who benefitted from not only his outstanding scientific knowledge but his strong sense of community and social justice.

This sense of community led him to become an outstanding contributor to the wider UCD community.  He served as a professorial representative on the Governing Authority for three five-year terms from 2001 to 2014 and was appointed to the Senate of the National University of Ireland in 2012.

Elected to the Royal Irish Academy in 2004 where he took on a number of roles, including Secretary and Chair of the Research & Education Working Group.  His copious energy and drive also led him to contribute to science policy at national and European Union level.

Tom’s research and that of his Group was supported by Science Foundation Ireland, the European Space Agency and industry.  He was a Principal Investigator in the major SFI research centre, CONNECT, established in 2014.

In 2016 Tom was very proud to be elected President of Microwave Theory and Techniques Society for 2018 within the IEEE (Institute of Electrical and Electronic Engineers), the world’s largest association of technical professionals with more than 400,000 members from around the world.  Always aware of the importance of international collaboration, he saw his role as a national duty while at the same time modestly acknowledging the international honour.

Among that international community of engineers, he was known as a leading thinker and a driver of research.  He was that all-rounder combination of teacher and mentor, scientific researcher and contributor to society, but most of all he was a kind, gentle, and wonderful person, loving husband to Eileen and devoted father to Lia, David and Tom Junior.

Tom passed away suddenly and unexpectedly at his home on 13 April 2018.  He will be greatly missed by his colleagues, by his current and former students, and by the wider UCD community.