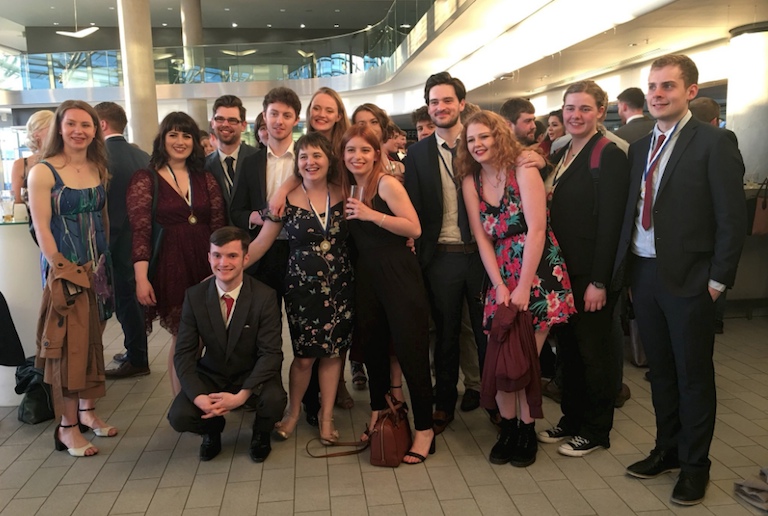 The six individual winners include writers and presenters from the University Observer, College Tribune, Belfield FM and UCD TV.

Luke Fitzpatrick, who studies Information and Social Computing, received the TV Production of the Year award for his work with UCD TV. Fitzpatrick was recognised for his video ’22-year-old tries a 12-year-old's homework’.

Belfield FM auditor Willem McCartney won the People’s Choice Award. The English and film student was nominated for his radio show Abridged Rumbles, A Council of Weird Religions, and Radio Communique: 5 “Compressor”. You can listen here.

The University Observer’s Brían Donnelly, who studies law and economics, won the European Commission Award. Donnelly was awarded for his article on threats to the media in Europe.

Limerick Voice, the student newspaper at the University of Limerick, won Newspaper of the Year. Dublin City University student Shauna Bowers was named Editor of the Year for her stewardship of The College View.

The 2018 ceremony was the 18th edition of the National Student Media Awards.