Video: The fiction of memory, Professor Elizabeth Loftus explains why we can’t always trust our own mind

From tweaking a real memory to planting a completely fabricated one, tampering with the mind is worryingly easy according to Professor Elizabeth Loftus.

An authority on human memory and its exceeding imperfections, the cognitive psychologist is well known for her work in criminal law, where she has shown how eyewitness testimony is manipulated.

“All of these provide an opportunity for witness’ testimony to become contaminated and distorted.”

Years of research have taught Professor Loftus just how unreliable memory is, and she explored this topic during a lecture hosted by UCD School of Psychology on the biology of false memory.

An expert witness in hundreds of trials - including those involving Rodney King, Michael Jackson, the Menendez brothers, Oliver North, and OJ Simpson, Professor Loftus was prompted to experiment with implanting false memories by a spate of ‘Satanic abuse’ cases in the 1990s relating to repressed memories.

Evolving into a global ‘moral panic’ that reached as far as the UK and Australia, hundreds of children in the United States under the influence of therapists remembered having been subjected to horrific sexual abuse, often by loved ones.

“People were coming into therapy for one problem and were being convinced that their issues were due to repressed memories of childhood sexual abuse,” Professor Loftus said.

“Sometimes these patients were ‘recovering’ ten years of being raped… with memories so bizarre that they were remembering their families forcing them into satanic rituals, of sacrificing animals or watching babies being killed.”

Compelled to examine this growing phenomenon, the memory manipulation expert devised an experiment to show how easy it was to persuade people to accept a false memory.

Involving a false childhood memory of getting lost in a shopping centre and being helped by an elderly person to be reunited with their family, more than a quarter of subjects came to believe in the entirely made-up scenario. 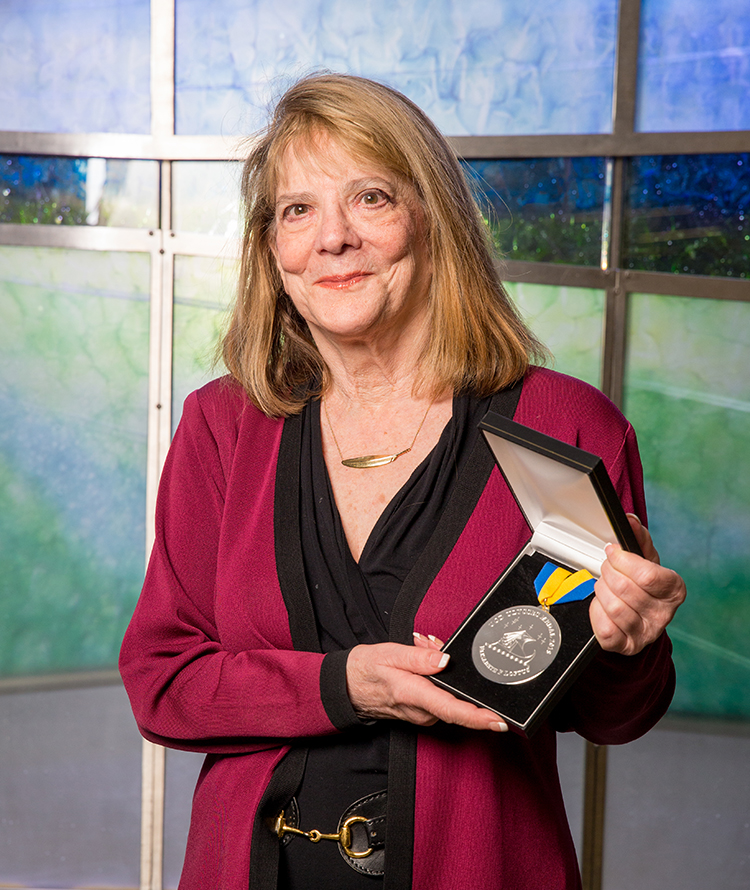 In several US states, and thanks to Professor Loftus’ research, recovered memory is no longer, on its own, enough for a prosecution to proceed.

“Just because someone tells you something, and they say it with a whole lot of confidence, describe it in a lot of detail, and cry and get emotional when they tell their story, it doesn't mean it really happened,” she said.

“You need independent corroboration to know if you’re dealing with real memory or one the creation of some other process.”

Professor Loftus was awarded the UCD Ulysses Medal by University College Dublin ahead of her talk by Professor Mark Rogers, UCD Registrar and Deputy President.

The medal is the highest honour the university can award. It was inaugurated in 2005 to highlight the creative brilliance of UCD alumnus James Joyce, who graduated in 1902 with a degree in English, French and Italian.