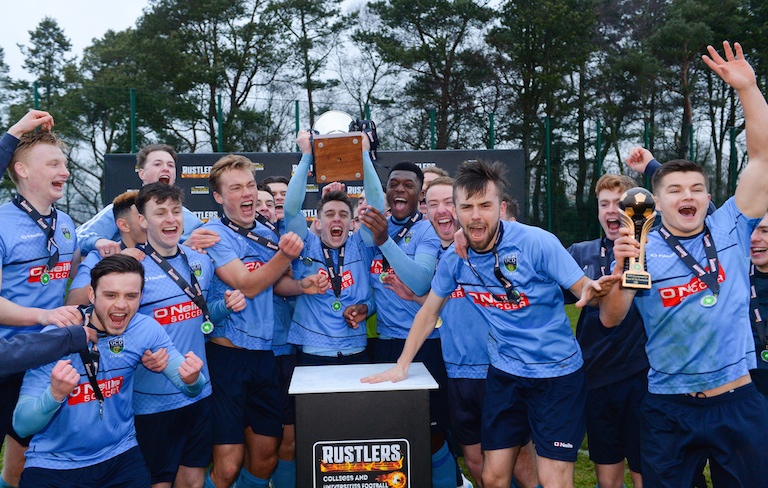 Daire O’Connor scored a late-winner to seal a 2-1 victory for UCD against Queen’s University Belfast (QUB) in the final of the Collingwood Cup.

University College Dublin is the most successful team in the history of the competition with 47 titles. This year's victory was their 7th in 11 years.

They took the lead midway through the first half when Jason McClelland crossed to Timmy Molloy on the edge of the Queen’s box. Molloy played a one-two with O’Connor before firing a first-time strike into the bottom corner.

The final minutes of the half nearly proved a turning point for the Belfield team as QUB equalised and UCD found themselves reduced to ten men.

Ronan Young’s goal from 20 yards was a textbook free-kick, curling over the wall and into the top corner beyond the reach of UCD goalkeeper Gavin Sheridan. It was a blow that was hardened by the sending-off of Georgie Kelly a minute later.

Kelly, top goalscorer in the SSE Airtricity League First Division last season, was originally booked for the challenge on Eamon Fyfe but his punishment was upgraded to a red card after the referee consulted his assistant. 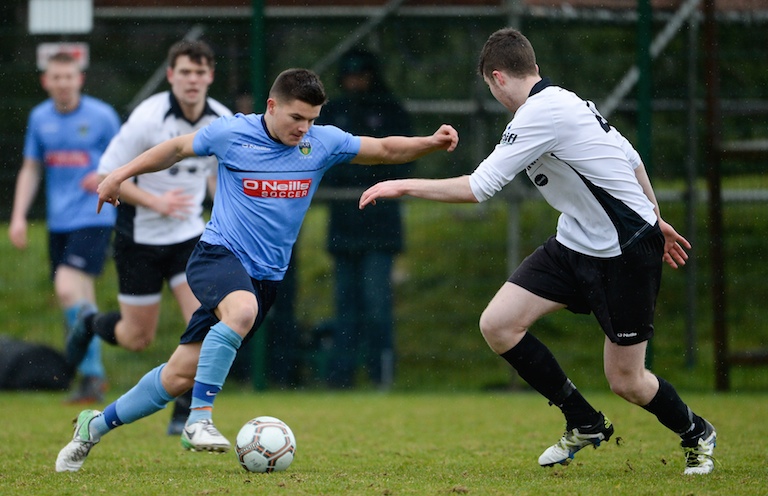 Pictured: Daire O'Connor, who was named Player of the Tournament, in action against QUB in the final of the Collingwood Cup.

Despite their disadvantage, UCD continued to apply pressure to the QUB goal in the second half. They created several opportunities through Molloy, McClelland and Liam Scales but were unable to make them count.

That was until the 93rd minute when Daire O’Connor, a UCD Ad Astra Elite Athlete, collected a ball on the left, cut inside and unleashed a pinpoint strike into the QUB goal.

QUB still had time to win a free-kick but Eamon Fyfe’s effort sailed over the bar. Sheridan took the resulting goal kick and, with the ball still in the air, the referee blew to bring an end to the game.

UCD were champions. O’Connor, for his winning strike and influential play throughout the competition, was named Player of the Tournament.