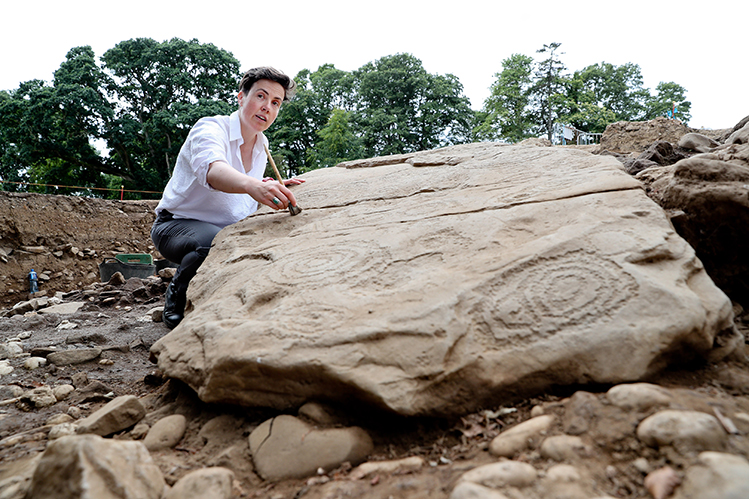 A new and significant passage tomb cemetery dating back some 5,500 years has been discovered beside Dowth Hall in County Meath.

The excavation was carried out by Devenish in partnership with the UCD School of Archaeology, University College Dublin.

To date, two burial chambers have been discovered within the western part of the main passage tomb, over which a large stone cairn (c.40m diameter) was raised.

The six kerbstones identified so far would have formed part of a ring of stones that followed the cairn perimeter. One kerbstone is heavily decorated with Neolithic carvings and represents one of the most impressive discoveries of megalithic art in Ireland for decades. During the course of this project, a further two possible satellite tombs were also found.

“The find of a lifetime” - archaeologist Dr Clíodhna Ní Lionáin on the discovery of a Megalithic passage tomb dating back some 5,500 years at the 18th century Dowth Hall in County Meath. pic.twitter.com/MhkAAoCTxp

“For the archaeologists involved in this discovery, it is truly the find of a lifetime,” said Dr Clíodhna Ní Lionáin, Devenish’s lead archaeologist for the project.

According to Dr Steve Davis, UCD School of Archaeology, “This is the most significant megalithic find in Ireland in the last 50 years, since the excavation of Knowth. The spate of archaeological discoveries in Brú na Bóinne in recent weeks highlights what a globally significant place this is”.

Speaking about the company’s presence at Dowth and the importance of its heritage, Owen Brennan, Executive Chairman of Devenish said:

“Devenish invested in this farm at Dowth because of its fertile soil, its location beside the Boyne and its beautiful landscape. From our archaeological research, it seems we made the same decision for the same reasons as a long line of our farming colleagues from the Neolithic, the Bronze Age, medieval and more recent times.”

“The monuments here, created by some of Ireland’s first farmers, capture our imaginations and those of our visitors to the Devenish Lands of Dowth. It is an inspirational landscape to showcase Devenish’s work on sustainable agriculture and promoting human health through nutrition,” he added. 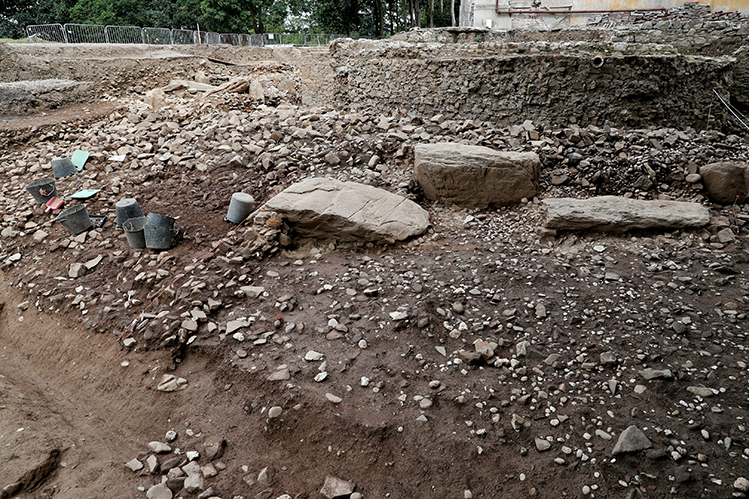 “It is hugely valuable, and indeed core to our company’s science-based ethos, that we preserve and protect this major heritage site for future generations. We would like to thank the National Monument Service, Meath County Council and UCD School of Archaeology for working closely with us to develop and maintain the cultural heritage of the Devenish Lands at Dowth.”

“We are keen to share our findings with the community as we have no doubt the site will be of great interest to the people of Meath, Ireland and beyond. We are very pleased that the Minister for Culture, Heritage & the Gaeltacht, Josepha Madigan, has chosen to visit this important archaeological site today. We also take this opportunity to invite people to tour the megalithic finds of this excavation during Heritage Week in August.”

Meath County Council Chief Executive Jackie Maguire said “I am delighted to see the innovative and internationally recognised work on sustainability and archaeology that the Devenish team and UCD are delivering here in Dowth. As a Council we are committed to working with Owen and Alice to help showcase this wonderful asset for Meath and the Boyne Valley.”

While attending the event today, UCD President, Professor Andrew Deeks said: "University College Dublin is working in partnership with Devenish in projects ranging from agricultural science to archaeology for mutual benefit. I appreciate the willingness of Owen Brennan and Professor Alice Stanton to involve our archaeologists and archaeological students in the investigation at the Lands of Dowth. This collaboration has led to the extraordinary discovery announced today. This partnership supports our goal of ensuring UCD graduates are imbued with a knowledge of the past while imagining the future."

Speaking today at the excavation site the Minister for Culture, Heritage and the Gaeltacht, Josepha Madigan said, “I want to compliment both Devenish and UCD School of Archaeology on the outstanding archaeological work in progress at Dowth Hall in County Meath.  The discovery of this new and very significant passage tomb cemetery, dating back to the Neolithic period, some 5,500 years ago, is hugely significant as it will help improve our understanding of the people, culture and heritage in that era.  To know that this historic site will be preserved for future generations to see, understand and cherish is positive in every respect. I am very pleased to have had the opportunity to visit and get an insight into the importance of the ongoing excavations today and Devenish's future plans for Dowth.”

As well as the large passage tombs, other significant discoveries have been made as part of an on-going programme of archaeological research work on the Devenish Lands at Dowth over the past five years, led by Dr Stephen Davis, UCD School of Archaeology and

Dr Clíodhna Ní Lionáin in collaboration with colleagues from the German Archaeological Institute. This has increased the number of recorded monuments on the site from eight to thirteen. 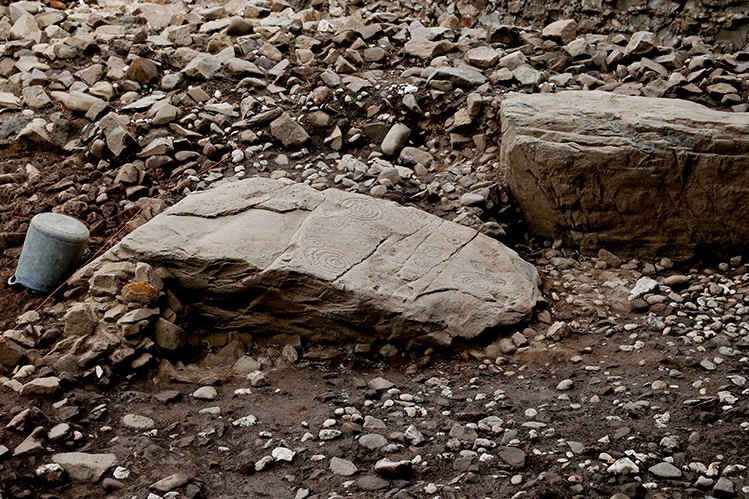 There are six distinct heritage landscapes on the Devenish Lands at Dowth dating from 5,500 years ago – Middle Neolithic passage tombs, a Late Neolithic henge and associated structures, a Bronze Age enclosure, at least two high-status Early Medieval enclosures, Late Medieval settlements and the demesne landscape created around Dowth Hall in the 1700s. The layering of this number of heritage landscapes in the same location is very rare.

Devenish acquired Dowth Hall and its lands in 2013. Since then, the Devenish Lands at Dowth have become an internationally-recognised research farm dedicated to sustainable agriculture and promoting human health through nutrition. It has been designated as a “Lighthouse Farm” - showing the way to a sustainable future for agriculture - by top agriculture university, Wageningen in the Netherlands. It has been successful in winning research funding to examine the optimisation of soil, sward, meat quality, human health and environmental health. It has achieved a world first in becoming the first farm to accurately measure the amount of carbon sequestered in its trees and hedgerows.

Dowth Hall will be carefully renovated and become a family home for the company’s Executive Chairman Owen Brennan and his wife Professor Alice Stanton and their family. It will also be used as a venue for stimulating discussion on sustainable agriculture and promoting human and environmental health.

Dowth Hall and the Devenish Lands at Dowth will be open to the public on occasions throughout the year. This summer, the Lands and the Hall will be open during Heritage Week being held from the 18th – 26th August:  https://www.heritageweek.ie/whats-on/event/the-devenish-lands-at-dowth