A ‘ghostly visitor’ to the South Pole helped solve one of the most enduring mysteries in science, and in the process opened up a new frontier in astronomy.

An international team of scientists, including University College Dublin astrophysicists Associate Professor John Quinn and Ph.D. student Stephan O’Brien, supplied a critical piece of the puzzle in unravelling the century-old riddle of where do the highest-energy cosmic rays come from.

The VERITAS (Very Energetic Radiation Imaging Telescope Array), located at the Smithsonian Institution’s Fred Lawrence Whipple Observatory in southern Arizona, has detected gamma rays in the vicinity of a supermassive black hole some four billion light years away from Earth.

While such detections are relatively common for VERITAS, this black hole is potentially the first known source of cosmic rays. 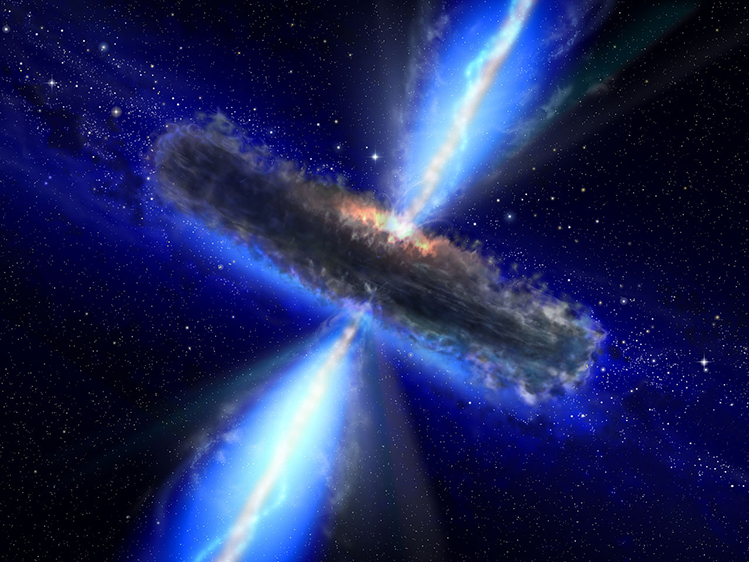 An artist's impression of a supermassive black hole shooting high-energy particles, including neutrinos and cosmic rays

On September 22, 2017 the IceCube Neutrino Observatory in the South Pole was able to use the trajectory of a single high-energy neutrino particle to trace its deep space origins.

Packing about 300 teraelectron volts, 40 times greater than the energy of the protons cycling within the Large Hadron Collider, this single neutrino’s detection setoff an automatic notification that alerted other astronomers to the patch of sky that housed the particle's source.

The detection of gamma rays alongside this neutrino is tantalising, according to Assoicate Professor John Quinn, UCD School of Physics and deputy spokesperson of the VERITAS Collaboration, who was part of the team that used VERITAS to confirm the flare, as both gamma rays and neutrinos are created in the generation of cosmic rays.

“The potential association of this neutrino event with enhanced gamma-ray emission… lends observational support to the theory that supermassive black holes at the centres of galaxies could be responsible for producing the highest-energy cosmic rays,” he said.

Professor Quinn is a member of the VERITAS Collaboration, which consists of about 80 scientists from 20 institutions in the United States, Canada, Germany and Ireland.

Since they were first detected over one hundred years ago, cosmic rays have posed an enduring mystery.

Two papers published in the journals Science and The Astrophysical Journal Letters have, for the first time, provided evidence of the source of these intergalactic travellers. ‌

Acting as powerful cosmic accelerators, supermassive black holes at the centre of giant elliptical galaxies, dubbed blazars, are responsible for hurling trillions of subatomic particles, such as cosmic rays and neutrinos, throughout the universe.

Every so often, protons and atomic nuclei make planet-fall with energies much higher than anything scientists can produce on Earth.

But because they are charged particles, these ‘cosmic rays’ cannot be traced directly back to their sources due to the powerful magnetic fields that fill space.

However the elusive neutrinos, which are uncharged and have almost no mass, travel nearly undisturbed from their colossal accelerators, giving scientists an almost direct pointer to their source.

Despite arriving in their trillions, neutrinos rarely register on Earth and usually pass on by like an X-ray through soft flesh.

But once in a while, one will hit an atom of ice and cause a momentary flash of blue light.

It is this eerie spark set off the sensors at the IceCube Neutrino Observatory last year.

Essentially a 1-cubic kilometer block of crystal-clear ice surrounded by specialized sensors, the observatory was set up to detect when these subatomic ‘ghosts’ crash into the Earth. 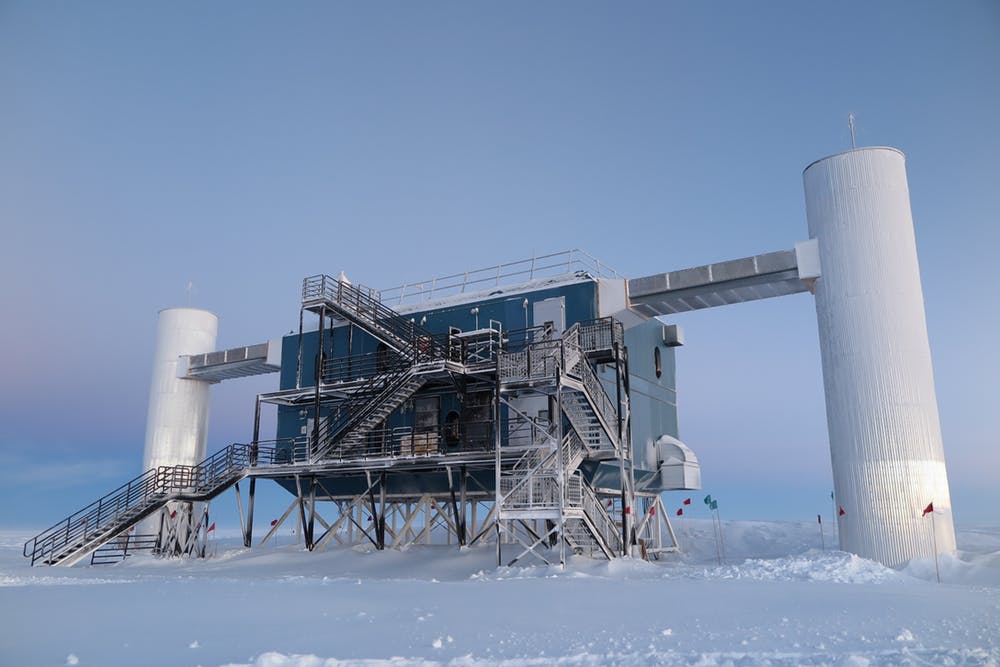 A key feature of blazars are their twin jets of light and elementary particles shooting from the poles of the swirling whirlwind of stellar material surrounding the black hole at their centre.

The neutrino detected by the IceCube observatory is thought to have come from a jet pointing towards Earth. 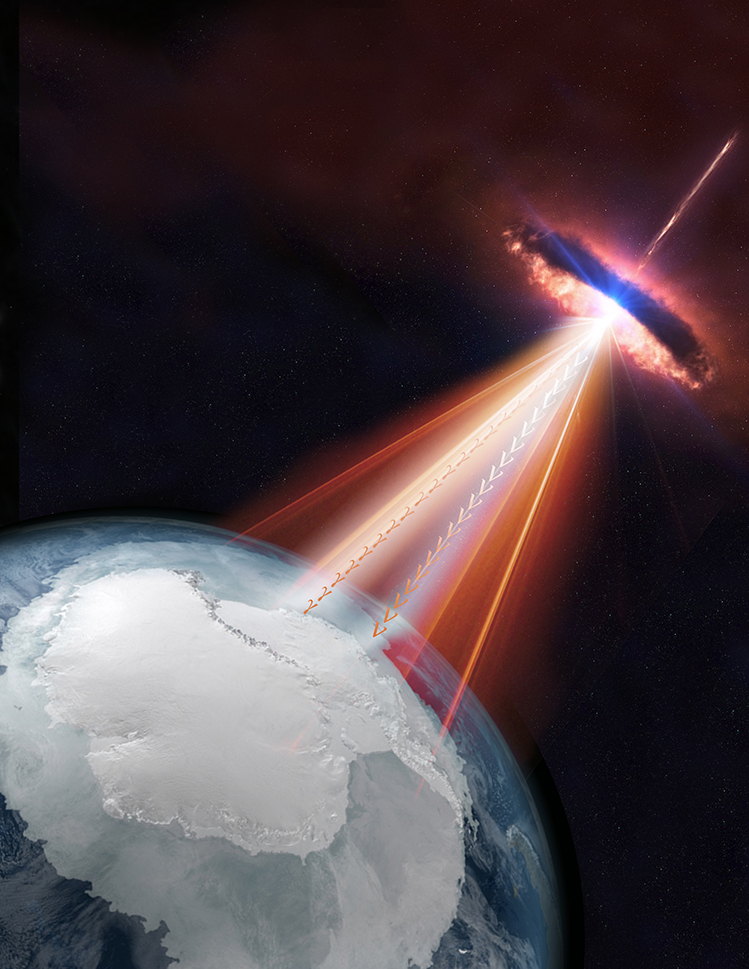 Trillions of high-energy neutrinos impact the Earth every day, with the vast majority going completely unnoticed

The discovery not only confirms blazars as a source of high-energy neutrinos and cosmic rays, but, according to Dr France A, Córdova, director of the US National Science Foundation which manages the IceCube observatory, establishes a new approach to understanding the universe.

Like the discovery of gravitational waves in 2016, this latest find gives scientists an entirely new way of peering into the cosmos, he said.

“The ability to use particles like high-energy neutrinos in astronomy enables a more robust examination… The era of multi-messenger astrophysics is here.

“Each messenger, from electromagnetic radiation, gravitational waves and now neutrinos, gives us a more complete understanding of the universe and important new insights into the most powerful objects and events in the sky.”