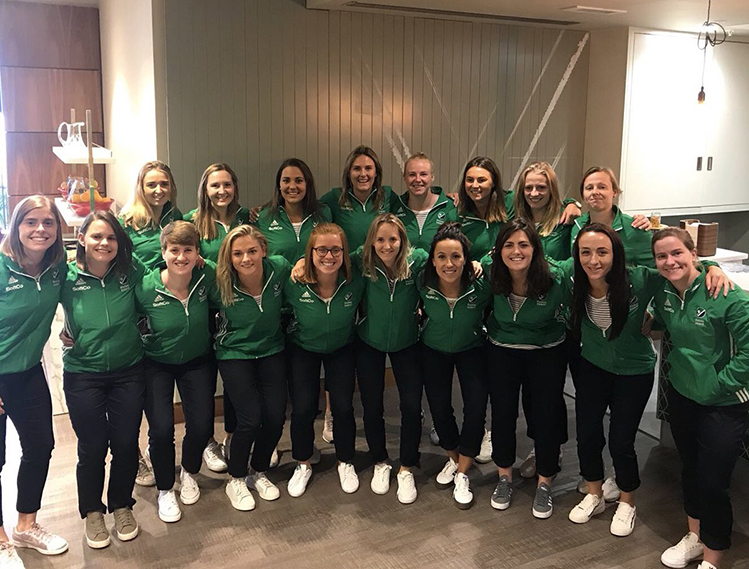 As Ireland competes in its first Hockey World Cup in over 16 years, the team will be in safe hands under the stewardship of UCD veteran Katie Mullan.

The talented sports star will captain the women’s hockey team as they begin their World Cup glory bid in London this weekend.

Recently graduating with a Masters in Biomedical Engineering after six years in University College Dublin, Katie and her teammates face the USA in their opening pool B fixture this Saturday, 6pm at London's Lee Valley Hockey and Tennis Centre.

A former Ad Astra Elite Athlete, Katie will be joined on the field by fellow UCD club members, Law with Social Justice graduate Deirdre Duke and Elena Tice, who is studying Economics.

Following the agonising heartbreak of missing out on the 2016 Olympics, the Irish ladies will be hoping to use their first game as a launch pad ahead of sterner tests against India, 26 July, and current Olympic champions England, on 29 July.

Ireland would have qualified for the Summer Games in Rio along alongside the men’s team if not for a 4-3 a penalty shoot-out with China.

Congratulations to Katie Mullan who won the Dr Tony O’Neill Sportsperson of the Year last night at the UCD Sports Awards. After such an incredible time at UCD we are so proud of Katie who couldn’t have been more deserving of this special award pic.twitter.com/ysGnSa2odW

With the competition now expanded to include 16 teams, Ireland is targeting a quarterfinal placement – which would place them among the top eight in the world.