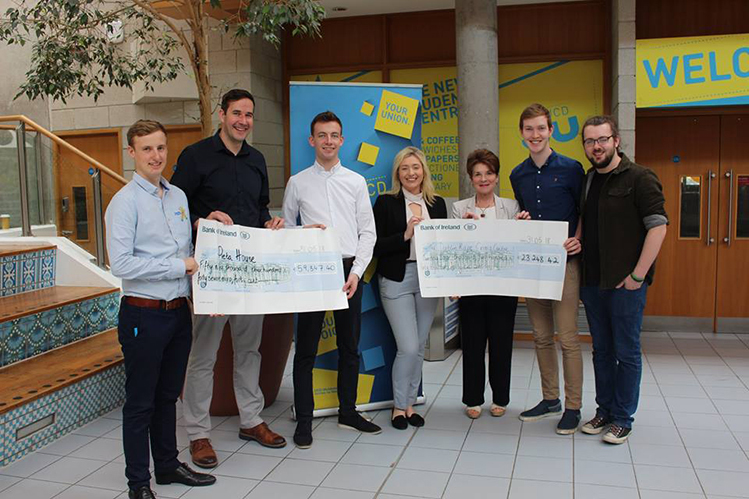 Members of the UCD Student Union presenting the €82,000 to Pieta House and DRCC

Two charities will receive over €82,000 following a series of fundraisers by UCD Students' Union over the last academic year.

The annual Darkness Into Light 5km event raised €54,177.26 for Pieta House, who specialise in suicide prevention.

Over 150,000 people took part in the charity’s symbolic early morning walk into the light, which aims to encourage more discussion about suicide and mental health issues in Ireland.

“A special thank you to the staff in both Pieta House and DRCC, those on the Fashion Show Committee, the SU team and class reps, and the volunteers and anyone who donated.”