Professors Boris Kholodenko, Grace Mulcahy, and Gerardine Meaney were each invited to sign the Academy's members book in recognition of their world-class contribution to science and the humanities. 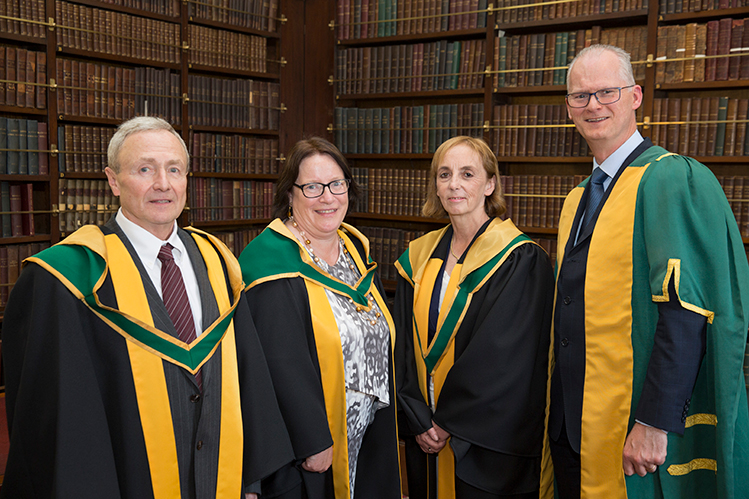 Professor of Systems Biology, Boris Kholodenko is the author of more than 220 publications on spatio-temporal dynamics and control analysis of cellular signalling and metabolic networks. Widely recognised as a leader in the field of Systems Biology, his work has been highly influential in shaping the field as it is known today.

Professor of Cultural Theory, Gerardine Meaney is the director of the UCD centre for Cultural Analytics. Her work, focusing on Irish literature of the past 150 years, has been noted for its groundbreaking nature and its use of digital tools and its interdisciplinarity.

Professor of Veterinary Microbiology and Parasitology, Grace Mulcahy is a leading international figure in understanding how helminths interfere with protective immunity to bacterial infections.

Other new members joining the UCD trio include acclaimed Irish poet Eavan Boland, who before taking up her current role as director of the Creative Writing Program at Stanford University in the United States, taught at UCD as well as several other Irish universities.

“We should be proud of these new Members of the Academy for the honour their work brings to this country and the impact of this research on the quality of the higher education provided by our universities.”

There are now 591 members, of whom 87 are Honorary or overseas members, and past members to the Academy include Nobel laureates WB Yeats and Seamus Heaney.