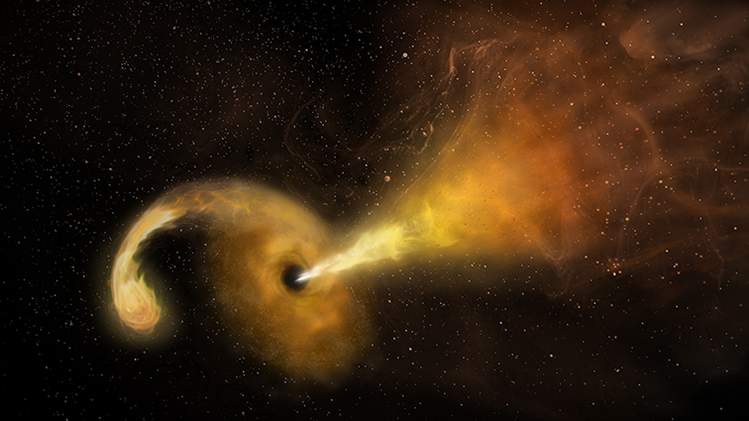 A University College Dublin astrophysicist was among an international team of scientists to witness the dramatic moment a supermassive black hole devoured an unfortunate wayward star.

For the first time, astronomers captured such a stellar death, giving fresh insight into what happens during a phenomenon known as a tidal disruption event (TDE).

An international team of 36 astronomers, led by Professor Seppo Mattila of the University of Turku in Finland and Dr Miguel Perez-Torres of the Astrophysical Institute of Andalusia in Spain, spent more than a decade teasing out the star's grim fate.

Using radio and infrared telescopes, the team witnessed the formation and expansion of a fast-moving jet of material ejecting from the cosmic monster, as its powerful gravity ripped apart its passing neighbour.

They have published their findings in the 14 June online issue of the journal Science.

Only a small number of TDEs have ever been detected, although scientists hypothesise that they may be a common occurrence throughout the universe.

The scientists tracked the deep space event in a pair of colliding galaxies called Arp 299, nearly 150 million light-years from Earth.

At the core of one of the galaxies, a black hole 20 million times more massive than the Sun shredded a star more than twice the Sun's mass, setting off a chain of events that revealed important details of the violent encounter.

"Never before have we been able to directly observe the formation and evolution of a jet from one of these events," said Dr Perez-Torres.

Animated gif showing the first radio wavelengths of the TDE back in 2005, and following the jet formation and evolution over the next ten years Credit: Bill Saxton, NRAO/AUI/NSF

The discovery, the scientists said, came as a surprise as the initial infrared burst that was detected in 2005 was discovered as part of a project investigating supernova explosions.

Only in 2011, six years after discovery, did the cataclysmic explosion begin to show an elongation shape - confirming that there was far more going on than just a supernova.

The first indication of the captured TDE came on January 30, 2005, when astronomers using the William Herschel Telescope in the Canary Islands discovered a bright burst of infrared emission coming from the nucleus of one of the colliding galaxies in Arp 299.

"As time passed, the new object stayed bright at infrared and radio wavelengths, but not in visible light and X-rays," said Professor Seppo Mattila.

"The most likely explanation is that thick interstellar gas and dust near the galaxy's center absorbed the X-rays and visible light, then re-radiated it as infrared," he added. 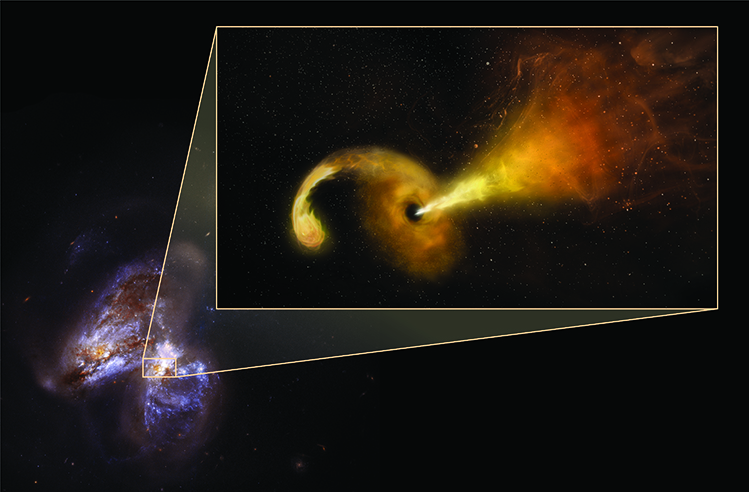 Among those involved in tracking the TDEs was Dr Morgan Fraser, an astrophysicist at UCD's School Of Physics, who helped analyzed Hubble Space Telescope images of the star’s death.

His research is supported by Science Foundation Ireland through a Royal Society - SFI University Research Fellowship.

"It was very clear from the outset that we were dealing with an exceptional and unique event. But it went on to take us over a decade of observations with telescopes around the world to be certain that we were actually seeing a black hole devour a star.

“Now we understand the nature of this event… [and] with Ireland set to join ESO in the near future, it's a very exciting time for astronomers at UCD - who will be able to take an active role in the hunt for tidal disruption events."

Such events may have been more common in the distant Universe, so studying them may help scientists understand the environment in which galaxies developed billions of years ago.