Would staying in a customs union after Brexit avoid a hard border with Ireland?

Apart from being a week in which Siberian snowstorms blanketed Europe, the last days of February 2018 will be remembered as the moment the Irish border question marched firmly back onto centre stage in the Brexit debate in three rapid steps. 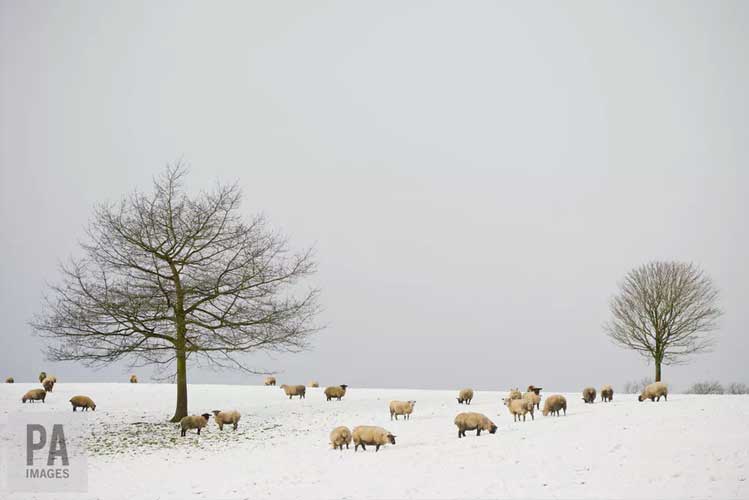 The first step came on February 26, when Labour leader Jeremy Corbyn – in a shrewd political move – called for the UK to enter a permanent customs union with the EU after Brexit. Corbyn thus returned to the political agenda an issue the British prime minister, Theresa May, had tried to erase unequivocally only weeks before. Corbyn’s reasons were “to ensure that there are no tariffs with Europe and to help avoid any need for a hard border in Northern Ireland”. Parliamentary numbers give him every chance of prevailing.

Then a letter emerged from the foreign secretary, Boris Johnson, to May. In it, Johnson – who had repeatedly denied in public any threat of a hard Northern Ireland border – turned out to be contemplating precisely this eventuality in private. This discovery – deemed “the most remarkable revelation of duplicity” by Conservative peer Michael Heseltine – also indicated the price that Tory Brexiters now seem increasingly prepared to see paid for Brexit: a hard Northern Irish border, whatever consequences this may involve for peace or the future of Ireland.

Step three followed the day after, when the European Commission unveiled its Draft Withdrawal Agreement for the UK’s departure from the EU. Among its provisions were stipulations that – if other agreements were not reached to avoid a hard border – Northern Ireland would form part of the EU customs territory. This would be accompanied by the establishment of “common regulatory area on the island of Ireland”, in a wide variety of subject areas.

The idea of treating Northern Ireland differently was speedily denounced by May. But her insistence that a hard border between Northern Ireland and the Republic of Ireland can somehow be avoided remains unsupported by any concrete plan as to how this might be done without following the route suggested in the draft withdrawal agreement – which is supported by the Irish government.

What a customs union would mean

In both a no-deal scenario or May’s preferred scenario of a new comprehensive free trade deal between the EU and UK (like Canada’s), a hard border – complete with customs checks on both sides, queues and tariffs and political fury in border counties – is guaranteed. If the UK were to leave the EU without a deal, World Trade Organisation tariffs would apply on trade on all goods between the UK and the Republic of Ireland. For that, customs controls would be needed. But a Canada-style deal would clearly also require checks on the border – however much May denies this. Free trade areas always require border controls – because even though goods in a free trade area would be traded tariff-free, goods coming from outside the free trade area would not be.

Member states of a customs union can maintain all sorts of regulations – such as health standards, agricultural controls and minimum product standards – and goods entering the market need to be checked for compliance with these. This is exactly what customs officers along the Northern Irish border were doing until the single market emerged in 1993.

Only in a single market are such standards harmonised or mutually recognised on a comprehensive basis – without the need for customs checks. This is why it was possible to abolish systematic customs checks along the border in 1993.

How to avoid a hard border

Corbyn’s proposal, if the EU agreed to it, would reduce customs checks along the frontier and be a hugely welcome boost to cross-border trade and to the prosperity of both the UK and Ireland. It is also infinitely preferable to the May-Johnson free trade area plan. What it will not do, however, is end the prospect of a hard border.

For this, both Northern Ireland and the Republic of Ireland need to be in a single market with one another. One way of doing this is for the UK as a whole, in leaving the EU, to stay in a single market and customs union relationship with the EU 27 states – what could be called a “Norway plus” deal. Another is the fall-back option within the EU’s draft withdrawal agreement – that Northern Ireland remains part of the current EU customs territory after Brexit.

May currently rejects both options. The economic consequences of that for the UK as a whole seem dubious. But, at any rate, as long as both courses are ruled out, May’s “no hard border” mantra should be recognised for the self-deluding fantasy that Johnson’s letter implies it is.