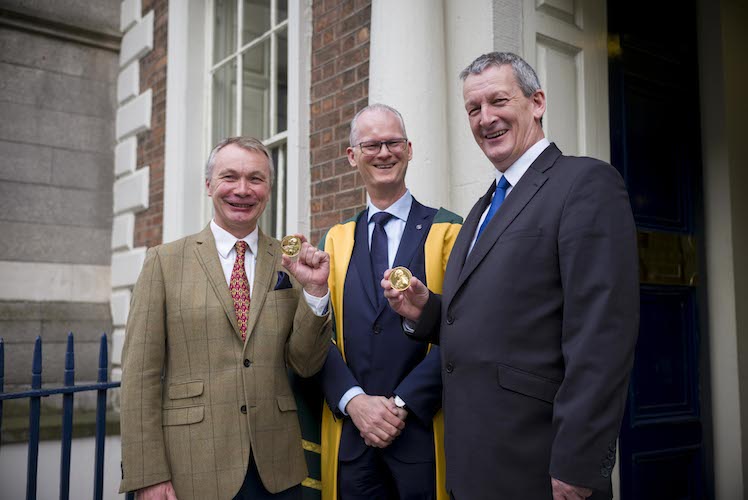 University College Dublin academic Professor John J. Walsh has been awarded a Gold Medal by the Royal Irish Academy for his outstanding contribution to geology.

Widely recognised as one of the leading international experts on geological faults and their impact on fluid flow, Professor John Walsh received the 2017 RIA Gold Medal for the Environmental Sciences and Geosciences.

He is the Professor of Structural Geology in the UCD School of Earth Sciences and Director of the UCD-based iCRAG, the Irish Centre for Research in Applied Geosciences.

Each year two Royal Irish Academy Gold Medals are awarded to individuals who have made a demonstrable and internationally recognised outstanding scholarly contribution in their fields. This year, an RIA Gold medal was also awarded to Professor Malcolm MacLachlan, Professor of Psychology and Social Inclusion at Maynooth University.

He is also one of the world’s most highly cited structural geologists and had very substantial impact within industry as well as at the leading edge of academic endeavour.

The awards were established in 2005 to acclaim Ireland’s foremost thinkers in the humanities, social sciences, physical and mathematical sciences, life sciences, engineering sciences and the environment and geosciences. The medals are sponsored by the Higher Education Authority.

Dr Graham Love, CEO of the Higher Education Authority, said the work that Professors Walsh and MacLachlan had done is symbolic of the importance of higher education and research to Ireland’s development. “Their work can help provide solutions to our national and global challenges,” he said.

The Royal Irish Academy (RIA) is an all-Ireland, independent, academic body that promotes study and excellence in the sciences, humanities and social sciences. It is the principal learned society in Ireland and has over 480 members who are elected in recognition of their academic achievements.