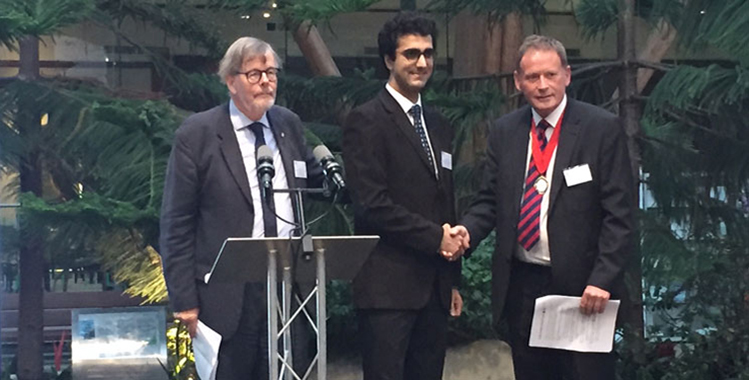 A University College Dublin study tackling the financial costs of using a market-based approach to land preservation has picked up a top international prize.

A paper by Dr Sina Shahab, a postdoctoral research fellow at the UCD School of Architecture, Planning and Environmental Policy, received the ‘Early Career Award’ at the 2018 Royal Town Planning Institute's Excellence Awards, for the UK and Ireland.

Co-authored with UCD colleagues Professor Peter Clinch and Dr. Eoin O'Neill, the study titled ‘Estimates of Transaction Costs in Transfer of Development Rights Programs’ was published in the Journal of American Planning Association.

Examining the transaction costs associated with Transfer of Development Rights (TDR) programs in the United States, the paper found that such schemes were hampered by a lack of information for buyers and sellers.

TDR programs allow landowners to protect areas marked for development by transferring this right to other more suitable areas.

The UCD study found that a lack of information regarding transaction costs could deter landowners from participating in TDR programs, thus thwarting the goal of land preservation.

Applauding the study, Tom Kenny, RTPI’s acting deputy head of policy and research, said the entry “demonstrated how academic researchers can positively reach out to practitioners and policymakers with insights and finding to inform and influence their work.”