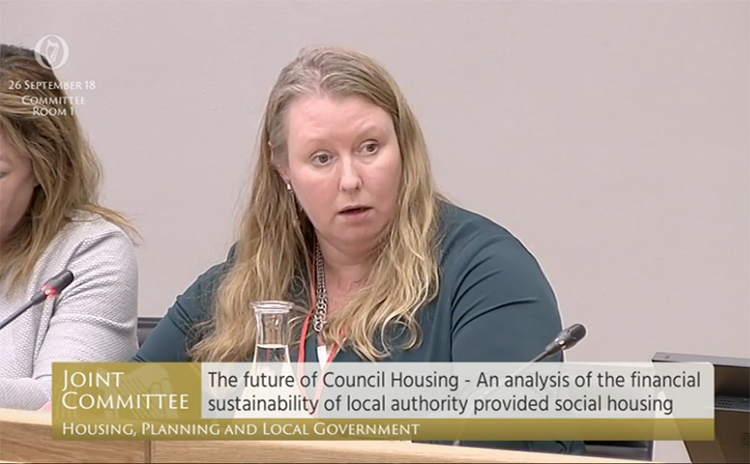 A third of homes in Ireland should be in the hands of local councils, experts say.

“There needs to be somewhere in the region of 30% of all housing provided through local authority or public housing in order to give balance to the housing system,” Dr Hayden told the Committee on Housing, Planning and Local Government.

“And that’s really the bottom line of where we’re coming from on this.”

Having co-authored a report on the future of council housing published in July, the University College Dublin academics criticised the current funding of social housing through central Government grants.

“When the grants are available in times of plenty, the cost of building homes and buying up land is at a premium,” said Professor Norris.

“But in times of recession when the value of the land is at its lowest, such grants are the first to be slashed.”

She continued, outlining to the Oireachtas committee how a European method of funding using loans to local councils - paid back over long periods of time - would be more effective and affordable.

The report, The Future of Council Housing, advocated for higher rental rents for social housing, and advised councils to suspend tenants’ right to buy their council home.

The study noted that exchequer funding for social housing was cut by 82% during the last recession.

Introduced in the 1930s, the tenant purchase scheme has lead to two-thirds of all council housing now being privately owned.