President Michael D Higgins has called for a “new mind for Europe” to strengthen social cohesion between EU member states, warning European unity is in danger due to the Union's handling of the economy.

In a speech delivered at University College Dublin, President Higgins said the “narrow version of an economic union” adopted by the EU had left social, economic and class divides palpable across Europe.

“If we now question why some seek solace in the simplistic or the bombastic – or, indeed, seem captured by apathy – we must acknowledge that for too long they, the publics, have been presented with too few meaningful alternatives," he said.

“Social cohesion is fracturing as inequalities in wealth, power and income are deepening, as labour becomes more precarious and our societies become increasingly divided between what is often lazily described as ‘the lucky’ and the ‘left out’.

“Within the European Union, cohesion between the member states has also declined,” he said, as the EU has been “divided by a common, one-size-fits-all macroeconomic policy framework which pits creditor against debtor, and those with trade surpluses against those without.”

President Higgins warned the future of European Union was becoming "a matter of dispute and often ill-tempered debate”.

“In the ongoing and lingering shadow of Brexit and of social forces which have given rise to so much doubt across Europe, the challenges of the next decade simply cannot be met with a re-issuing of an invitation to a new generation of, and revamped version, of the old orthodoxies,” he added. 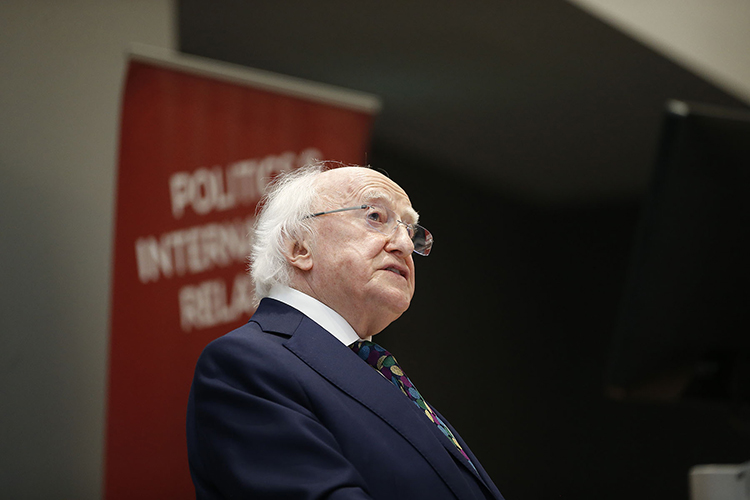 President Michael D. Higgins was speaking at the launch of a new Jean Monnet Centre of Excellence led by Dr Aidan Regan at the UCD School of Politics and International Relations.

Jean Monnet is considered one of the founding fathers of the European Union, and the various centres of excellence across the EU are designed to foster integration and cooperation between member states.

At the launch event, held at the UCD Sutherland School of Law, the President suggested the EU’s founding principles represent “the triumph of idealism over cynicism” and that such principles merit active defence at a time when they are threatened by “increasing inequalities in income, wealth, power and opportunities.”

In his speech, President Higgins called for “a new mind for Europe, which requires a casting aside of failing assumptions within inadequate models. It requires new symmetries between the social, the economic, the cultural and the ethical.

“These symmetries, if they are to be achieved, will require changes in the institutional architecture of the union.

“Yet if the intellectual and political contribution of the union’s members is simply one of reaction and adjustment to a wild unregulated globalisation, the prospects are poor.

“The space for the new institutional architecture and the role of intellectual work will have to be fought for,” he added. 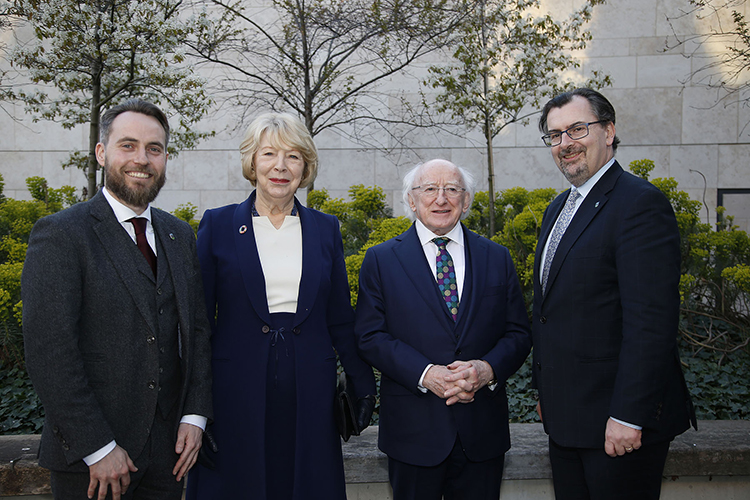 Mr Higgins suggested that the EU’s rules should be changed, and that there be a return to the founding values of the union – namely peace and economic prosperity among member states.

“Too often, as we look to the future, we fail to adequately appreciate the rich but diverse roots of the European project,” he said.

“As we seek to find a new mind for Europe, out of the ashes of our present threatening fragmentation, there is now a pressing need to recall the rich infusion of ideas and ideals upon which our Union was sought to be built.”