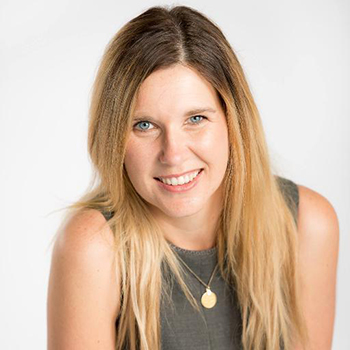 The UCD academic is one of seven new appointments to the body, which helps and advises the president when called to do so.

A Fellow in Environmental Policy at University College Dublin, Dr Augustenborg said she was "incredibly honoured" to be part of the President's team.

She holds a Doctorate in Environmental Science and Engineering from University of California, Los Angeles and completed her dissertation research in agri-environmental science as a Fulbright Scholar and Walsh Fellow at Ireland's Agriculture and Food Research Authority, Teagasc.

From 2014 to 2017, Dr Augustenborg was Chairperson of the Board of Directors of Friends of the Earth Ireland.

After which, until June 2019, she served as Chair of the Executive Committee of Friends of the Earth Europe based in Brussels.

She was also the first person in Ireland to join Al Gore's Climate Reality Programme.

Other Council of State members include former Presidents Mary Robinson and Mary McAleese, as well as the President of the High Court and the Attorney-General.

The Council must be consulted before the president of Ireland can exercising certain functions, such convening a meeting of one or both Houses of the Oireachtas.

President Higgins must also consult with them to exercise some powers in relation to legislation.

While largely a symbolic body, in the event that that neither the president or the presidential commission can exercise the discretionary powers of the office, the Council has the authority to temporarily do so.

The president can appoint up to seven members to Council of State, whose term can last for as long as the president is in office.