Professor Niamh Brennan has been named by the British Accounting & Finance Association as the recipient of its 2018 Distinguished Academic Award.

The corporate governance expert received the distinguished award for making a substantial contribution to academic accounting and finance life in the UK. 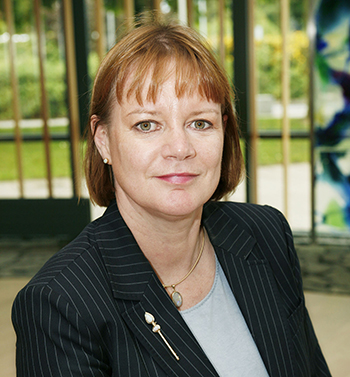 Awardees are selected annually by the BAFA Executive Committee following a nomination from its 750-strong membership.

Speaking at the group’s annual conference, Professor Brennan said she was “humbled” by the honour, and delighted to be named as its 25th distinguished academic.

“I thank my BAFA colleagues for recognising my research and contribution,” she added.

Professor Brennan, who established UCD’s Centre for Corporate Governance, is a chartered accountant with KPMG, holds a PhD from the University of Warwick and is a Chartered Director of the Institute of Directors (London).

I am honoured to be named the 2018 British Accounting & Finance Association Distinguished Academic. I thank my @BAFA_UK colleagues for recognising my research & contribution and am humbled to be included with the previous 24 Distinguished Academic scholars https://t.co/uIpoiKoEJu pic.twitter.com/1817FJVfDp

Alongside publishing more than 100 research papers and articles on accounting, corporate governance and finance, Professor Brennan has held visiting positions at several universities in Australia and New Zealand.

As the BAFA's 2018 Distinguished Academic scholar, Professor Brennan will present a plenary paper at its next annual conference, and have this paper published in the British Accounting Review journal at a later date.