Three UCD students are celebrating after being selected from hundreds of applicants to join the Washington Ireland Program (WIP) class of 2019.

Each will be invited to live in Washington DC while undertaking a two month internship at some of the most influential levels of professional life in America. 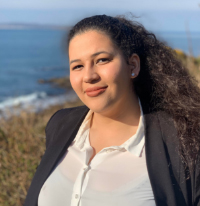 The three students from University College Dublin chosen to join this year’s class are:

In total, 31 students were selected for 2019’s WIP from 16 different universities and institutions across Ireland and Northern Ireland.

During their time in the US, each will be offered the chance to work at Capitol Hill and other US government agencies, as well as at entrepreneurial businesses, law firms, and organisations in the non-profit sector. 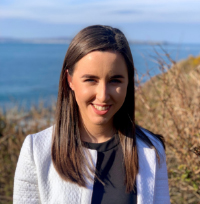 “[WIP] seeks students who demonstrate leadership potential and have a substantial track record of service.

“[These students] exceeds these requirements and I’m sure they will take full advantage of the busy program of training and development WIP provides.”

He added: “When they have successfully completed the program, each will join WIP’s distinguished alumni.

“This diverse, all island network share a commitment to shaping the future of Ireland and Northern Ireland.” 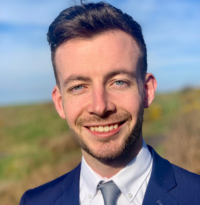 More than 600 alumni, including An Taoiseach Leo Varadkar TD, have graduated from the program since it first began in 1995.

Previous students have interned in the offices of then US Senators Barack Obama and Hillary Clinton, former Presidential candidate Senator John McCain, and at the headquarters of the World Bank and CNN.

A second year English & French undergraduate student, Rosie is a passionate activist for equality and inclusion, and is an active member in several groups fighting for equal rights for all people, including Sports Against Racism Ireland and the All Ireland Activists Network.

She been awarded the President’s award for her achievements as Students Union College Officer, Societies Auditor/President and dedicated charity fundraiser – helping to raise thousands of euro for charities like the DSPCA, Unicef, and Save The Children.

A third year Business and Law Student, Ellen helped found, and now acts as auditor of, UCD Fáilte Refugees, which aims to provide education and a sense of community to refugees at UCD.

In addition, she is also Social Justice Officer of UCD St Vincent de Paul, and has volunteered both a home and aboard, most notably in India and Tanzania.

Currently in his second term as the UCDSU President, Barry is a student at the UCD School of Biology and Environmental Science.

Prior to his time as President, he was involved with the UCD Volunteers Overseas programme – teaching computer skills to Tanzanian school teachers in 2015 and 2016.

During his term as UCDSU President, he been involved in campaigns for better student housing, education funding, consent education and disability rights.