UCD Associate Professor  Crystal Fulton has told the  Oireachtas Justice Committee that children were being exposed to social media based advertising and promotions that could encourage them to become gamblers.
Speaking of the findings from her 2015 study of problem gambling in Ireland, she said that underage gambling was a “common theme” among recovering problem gamblers.
In response to questions from the Committee, which is looking into gambling regulation, she said, “Young people are obviously technological savvy, and access to technology makes it difficult to do stuff like check their age online.”
“And then there is the issue of the games they play online… significantly, there is a blurring of lines between online gambling and social media games which simulate gambling," she told the committee during her opening statement.
According to Associate Professor Fulton, from the  UCD School of Information and Communication Studies, regulating for this technology would be a challenge for legislation but that it needed to be addressed.

She said much of the evolving problem had to do with gambling operators using sophisticated technologies “to interact with current and potential customers in new and evolving ways.”
“The playing field is changing everyday… [and] there’s a lot more to address than just saying yes or no.”
“There are blurred lines, and it makes it very difficult to decide where to draw the line but we have to attempt it.”

The participants in her research on problem gambling had spoken about online betting as “accelerating and deepening the effects of gambling” because it was immediate, and could be done in secret and without a time limit. 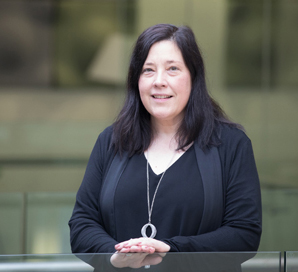 
Her work also found that access to smartphones deepened the secrecy around gambling, as well as making problem gamblers more isolated.
Mobile phones were noted by nearly all the problem gamblers’ friends or family members who took part in the 2015 research as a "favourite tool".
“The problem with gambling is that it doesn’t always work as we think it does; online gambling can accelerate [addiction] because it can draw you in immediately, and you can play it for a lot longer because there’s no one to close the door and tell you to go home.”
Those who participated in her research including addiction and support counsellors suggested education on the risks of gambling should be introduced from primary school age, and that advertising needed to be addressed.
“They were all worried about young people getting involved with gambling from an early age… and most identified advertising as a serious problem, and a major hurdle to recovery.”
“Even when they weren’t looking at sites [that promoted gambling], they could receive pop-ups adverts for it.”
She added: “In terms of advertising, it needs to protect the vulnerable, children especially. There is a lot the legislation can do… the same way they protect children in other venues.”
In a separate submission to the Justice Committee, Minister of State at the Department of Justice, David Stanton TD said: “Increasingly, gambling is an activity that is moving to an on-line environment and traditional gaming arcades and other places are diminishing in importance."
By:  David Kearns, Digital Journalist / Media Officer, UCD University Relations