Presented with the honour by the UCD Literary and Historical Society for her activism, Dr Murabit is one of the United Nation’s 17 Sustainable Development Goals advocates.

The SDGs provide a common framework for global action on sustainability, with a focus on major global issues such as quality education, gender equality, and an end to poverty and hunger worldwide.

“All seventeen goals are interconnected and equally important, and without a doubt we can’t have one without the others.”

She said too often people are “taught to think of opportunity in terms of only what we’re gaining… [not] what we’re giving up.”

“Not only [does it] mean that we cannot envision what the future looks like, it also means that we’re very comfortable with where we’re at – we’re ok with giving up an opportunity.” 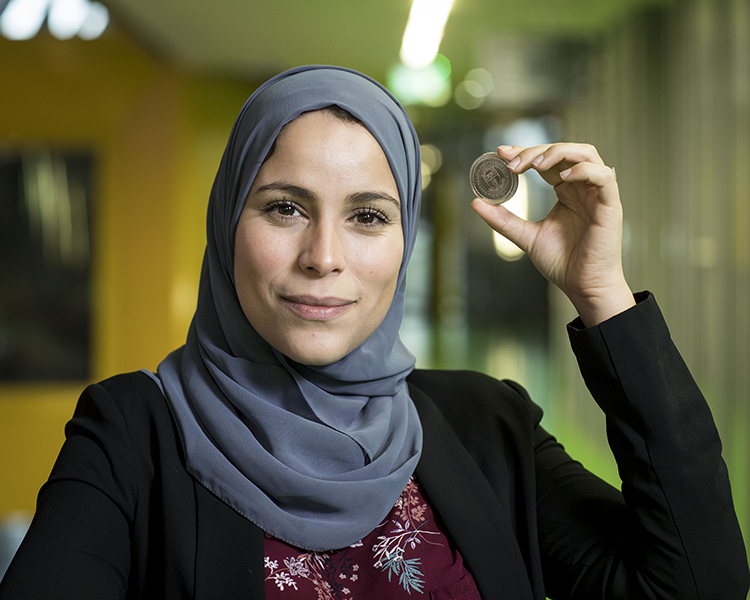 In 2016, she became the only UN High-Level Commissioner aged under 45.

Earlier this year more than 550 universities were assessed by the Times Higher Education’s new University Impact Rankings, which for the first time used SDGs as a benchmark.

Ireland ranked second only to Canada in terms of national higher education systems best achieving the goals set out by the UN.

UCD was ranked the top university in Ireland terms of creating a sustainable community across its campuses, coming in at 22ndglobally, and 12th in the world when it came to its work practices.