Irish holiday-goers to splash out €6.5 billion on trips in 2019, CMM reports 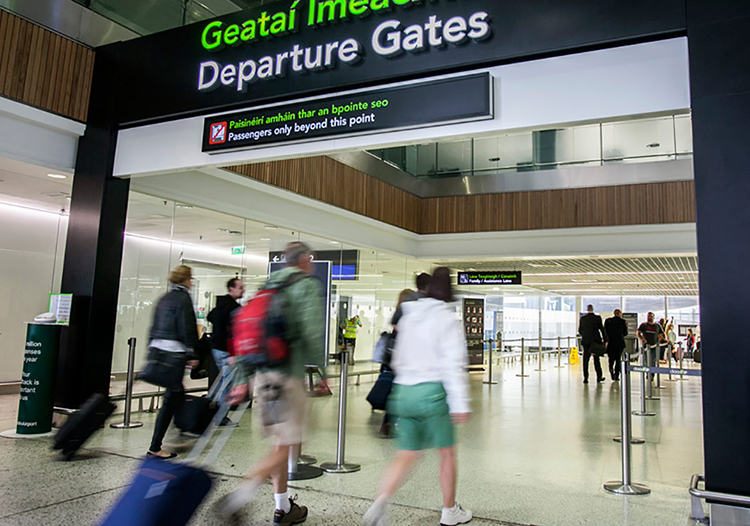 Irish households are expected to splash out €6.5 billion on holiday trips this year, a figure not seen since 2007.

According to the latest Consumer Market Monitor (CMM) report, published by the UCD Michael Smurfit Graduate Business School and the Marketing Institute of Ireland, oversea trips are up by 7.4% on last year.

The figures reflect a larger working population with good incomes rather than reckless borrowing, according Marketing Professor Mary Lambkin, author of the report.

"When times were bad, we didn't go abroad as much," she told RTE News.

"In fact, holidays abroad fell by a quarter from the peak of the last boom to the trough.

“We had a lot of ground to make back up again, and in the last 3 or 4 years, that ground has been made up in spades." 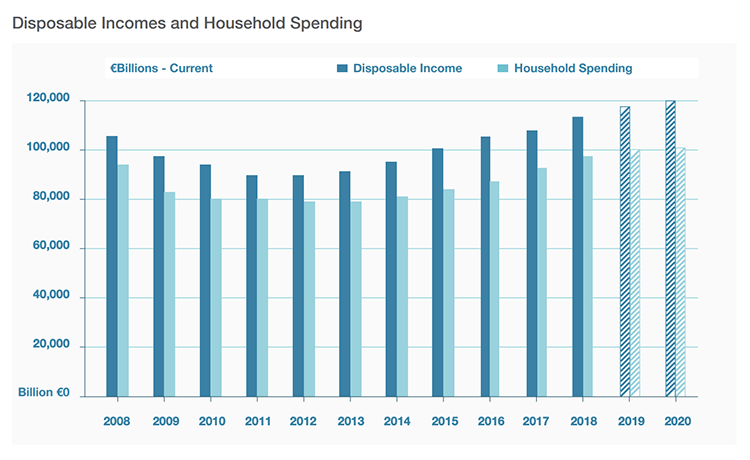 Oversea holidays are being taken by people who are in employment, who have disposable income and "whose confidence level is high enough that they feel they can reward themselves by going on holiday,” she added.

Consumer spending rose by 2.9% in the first quarter, with signs of further strong growth between April and June, according to the report.

The increased spending comes despite a dip in consumer sentiment, as households worry about the impact of Brexit and a global slowdown. 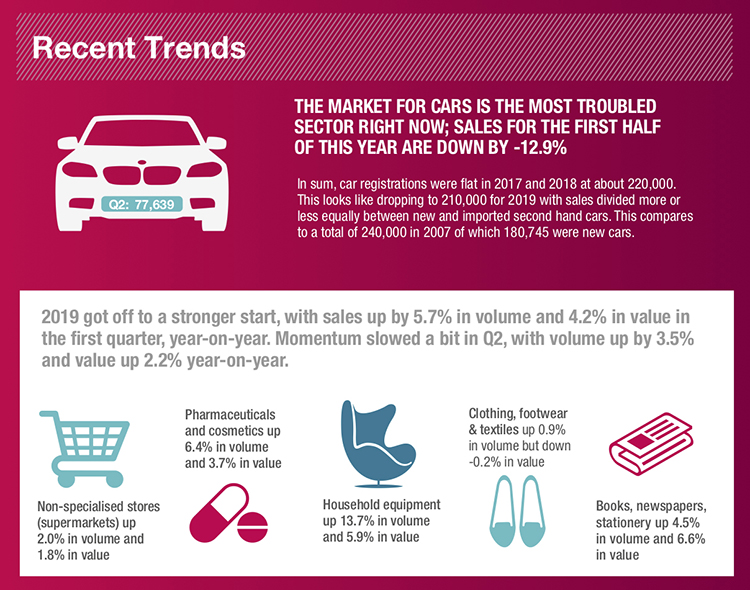 The Irish consumer economy is continuing to perform strongly and remains a key contributor to overall economic performance, accounting for 51% of GNP.

Other key findings from the Consumer Market Monitor report include:

Commenting on the report findings, Tom Trainor, Chief Executive of the Marketing Institute of Ireland, said: “The continuing growth in employment and income are leading to improvements in household finances and consumer spending, which continues to grow despite weakened confidence due the uncertainty of the Brexit outcome.”