Oireachtas committee: Farmers should champion the planting of forests to tackle climate change

The promotion of forestry to tackle climate change needs to be championed by farmers if rural Ireland is to embrace afforestation, an Oireachtas committee has heard

Promoting success stories of farmers that have used their land to plant trees is key to encouraging others to get involved Associate Professor Áine Ní Dhúbhain told the Committee on Climate Action.

Addressing the Department of Agriculture, Food and the Marine's forestry programme, one aim of which is to increase forest cover to capture carbon, Professor Ní Dhúbhain, from the UCD School of Agriculture and Food Science, said the significant number of landowners required for it could be recruited by having those who had already undertake afforestation promote its benefits.

“A cohort of farmers have made that decision and they can be the champions for other farmers,” she said.

“If they have a positive story to tell or if they can show that planting has enabled them to stay in farming where they otherwise might not have done so, that build-up of numbers can encourage others to get involved.

“The fact that a farmer does not have to give up on farming and can do the two together might be more attractive.” 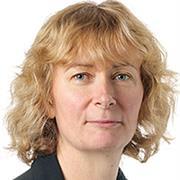 According to Professor Ní Dhúbhain significant numbers of part-time farmers are employed in the forestry sector, which between it and the wood product sector, employs almost 12,000 people throughout Ireland.

Afforestation involves the planting of forests in areas where there was no previous tree cover.

This activity, the Oireachtas committee heard, challenges the tradition view among many on the appropriate use of agricultural land.

“Among the factors that influence reactions to afforestation is the question of who is doing it, whether it is local people or outsiders,” Professor Ní Dhúbhain said.

“If it is the latter, it can lead to a sense that afforestation is replacing people, thereby threatening cultural identity. Even if local people, typically farmers, are the ones engaging in afforestation, there can be a concern that if trees replace agricultural activity this will in turn replace people.”

Citing a recent study, Professor Ní Dhúbhain added that while the majority of Irish people agreed forests were an important part of the Irish countryside, large blocks of forests played a role in heightening a sense of social isolation in rural Ireland.

“Afforestation has often coincided with social changes, such as a decline in the agricultural labour force, ageing of the agricultural population, and population migration to urban areas. For some, forests are the manifestation of this rural transformation.”