The Irish Universities Association (IUA) has launched its pre-budget submission for 2020, calling on the government to support Ireland’s universities to underpin the talent, research and innovation required for a knowledge economy and growth in student numbers.

As part of its submission the IUA, representing Ireland’s seven universities, is calling for €377m in funding across three key pillars to prepare universities for the looming demographic bulge in student numbers and the increasing demands of a knowledge economy. 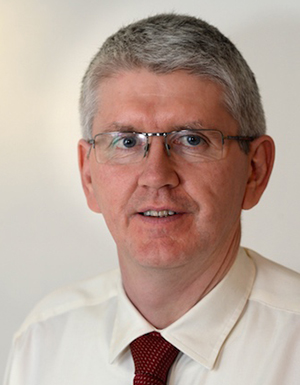 Commenting on the 2020 pre-budget submission, Jim Miley, Director General of the Irish Universities Association said: “As Ireland positions itself as a knowledge economy of the future, while also preparing for both the challenges and opportunities Brexit presents, our universities are more important than ever.

“In the last two years we have seen modest increases in funding to third level education but none to the scale required to address the past decade of underinvestment and the dramatic fall in funding per student.

“We have already seen the impact of this underfunding with Irish universities falling in the international rankings. This investment is urgent now that our student population will increase by more than 25%  in the next decade.”

“The IUA has identified three key areas of funding – core operational funding, research and innovation and capital investment – needed to meet these challenges.

“This programme of funding is designed to support the talent, innovation and infrastructure that our universities require. It is untenable to expect universities to adequately prepare students for the workforce in the 2020’s with facilities and equipment that are now decades and, in some cases, more than half a century old.”

"It's time now to invest in our future talent."- IUA Director General @JimMiley calling on the government to urgently invest in Ireland’s future talent and innovation in Budget 2020! See our full press release at https://t.co/QpcycVPCnz@mitchelloconnor #Budget2020 pic.twitter.com/afRTqOyZq4

The three pillars identified by the IUA are:

Despite a significant growth in student numbers in recent years, universities have seen a small and inadequate increase in funding to manage this demand.

Instead, direct State funding per student is 43% lower resulting in declining student-staff ratios. This decline in funding has directly impacted Ireland’s universities fall in international rankings.

The IUA is calling for a real and sustained increase in core funding to allow Ireland’s universities to meet the growing demand and to allow them plan for Ireland’s future needs.

To do this the IUA believes an investment of €117 million in core funding in Budget 2020 is the minimum needed to fund the increased student intake, address quality-related and access issues, and to meet known cost increases for national pay rounds.

The Cassells report, Investing in National Ambition, published in July 2016, identified the funding challenge facing our higher education system and set out the scale of the investment required to deliver on our national ambition.

In its Budget submission, the IUA has produced the ‘Cassells Scorecard’ which shows a real deficit in 2019 of €138 million against what the Cassells Expert Group said is required to cater for rapidly expanding student numbers and addressing the existing funding deficit.

Investment in research and innovation

Significant support is required for investigator led / frontier research to enable Ireland to maintain its position as a competitive smart economy of the future, to leverage further European funding and in anticipation of the impacts of Brexit.

This would involve a multi-annual programme of investment with an additional €50 million in the first year, expanding to €70 million extra by 2022 and €80 million by 2025.

The IUA has identified a capital funding requirement for the universities totalling €210 million in 2020.

This comprises a €100m injection in new facilities and €110m for a Capital Investment Recovery Fund to cater for the backlog in upgrading facilities and equipment across the universities.

This includes urgent health & safety repairs, IT investment and upgrading outdated laboratory and other facilities.

“If this Government fails to act, the quality of our third level education sector will continue to be threatened and the gap between Ireland and our competitors will continue to grow,” commented Jim Miley, Director General of the Irish Universities Association on its pre-budget submission.