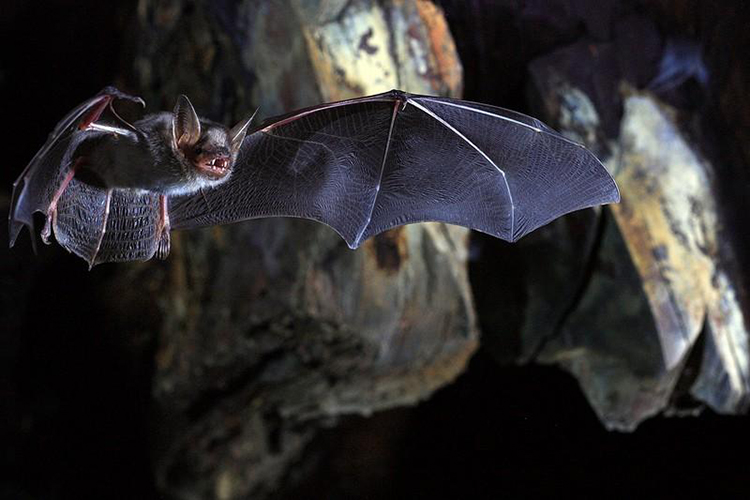 Scientists have identified genes that may give long-lived bat species their extraordinary lifespans and cancer resistance compared to other animals.

The findings published in the journal Nature Ecology and Evolution show that bats limit the level of DNA damage they experience with age, increasing their levels of DNA repair and damage removal, which is partially mediated by novel regulatory genes.

This is not observed in humans or other mammals and may drive their extended healthspans.

To conduct the study, researchers took a few drops of blood from over 100 wild bats that they captured, marked and released over an eight year field study.

The blood samples were flash frozen in liquid nitrogen and high quality RNA, the message from expressed genes, was extracted, sequenced and compared across different aged individuals.

“We deep sequenced about 1.7 trillion base pairs of RNA from 150 blood samples collected from known aged bats to uncover the age-related gene expression changes in bats that may underlie their extended healthspan,” says Dr. Huang Zixia of University College Dublin, the lead author of the study.

Findings revealed by @IrishResearch Laureate awardee @EmmaTeeling1 and UCD researcher @ZixiaH indicate that bats have a genetic basis for extended lifespan and an ability to resist cancer #LoveIrishResearch @UCD_Research https://t.co/4D0DBFnKP3

To uncover how this ‘anti-ageing’ gene expression pattern is controlled in bats, the researchers also sequenced small regulatory genes knows as ‘microRNAs’ and uncovered key genes that may control the longevity pathway in bats.

“For example, we showed that microRNAs acting as tumour suppressors are upregulated in bats with age, while microRNAs promoting carcinogenesis are downregulated,” says Professor Teeling.

These results show the prominent roles of microRNA in the regulation of multiple anti-ageing pathways that may underpin bats’ extended healthspan, providing novel molecular targets for future ageing intervention studies.

Previously this team showed that in long-lived bats telomeres, the protective ends on chromosomes, did not shorten with age and this new study indicates the genes driving this.

“We show that bats have naturally evolved transcriptomic signatures that are known to extend lifespan in model organisms and we also identify novel genes not yet implicated in healthy aging, providing new avenues of research into extended healthspan,” says Prof. Emma Teeling.

Further study of the aging transcriptome in wild long-lived bats could provide new solutions to slow down the aging process.

This study was funded by the European Research Council, the Irish Research Council, and the UCD Wellcome Trust Institutional Strategic Support Fund, and included scientists and conservation organisations from Ireland, Germany and France.