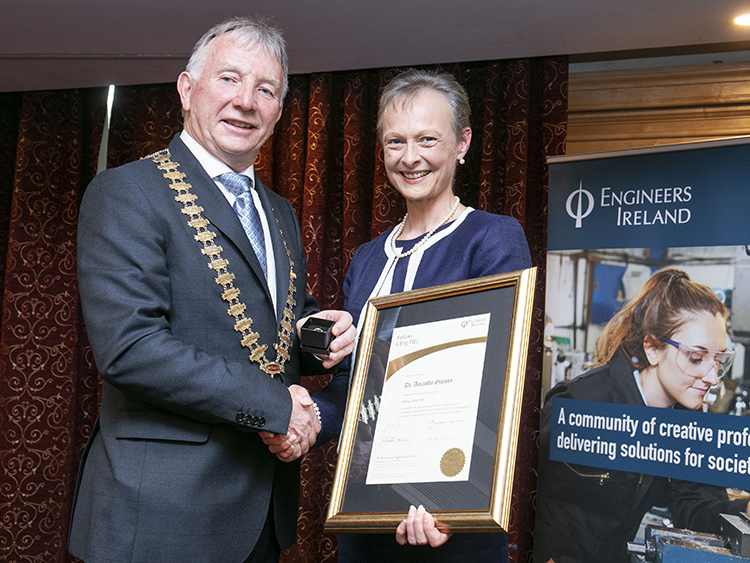 Associate Professor Amanda Gibney has been awarded the title of Fellow by Engineers Ireland, the second oldest engineering society in the UK and Ireland.

The University College Dublin academic was conferred the honour by presidential invitation in recognition of her contributes to engineering and for promoting excellence amongst the industry.

The highest level of membership awarded by Engineers Ireland, the title of Fellow is reserved for engineers who have demonstrated a significant level of experience and professionalism.

Previously awarded a National Teaching Excellence Award, Professor Gibney is the Vice Principal for Teaching & Learning at the UCD College of Engineering & Architecture.

Prior to this appointment, she was a UCD Fellow in Teaching and Academic Development in 2007 before serving as the Vice Principal for Teaching & Learning for the UCD College of Engineering, Mathematics and Physical Sciences.

Ten members of Engineers Ireland received the title of Fellow in May during the society’s national conferring ceremony.

A total of 80 chartered engineers also received their professional titles at the event. 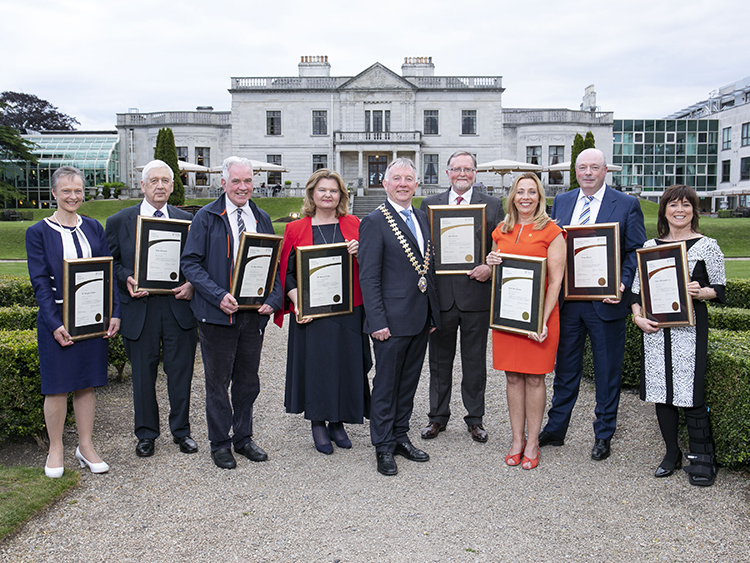 Established in 1835 as the Institution of Engineers of Ireland, the society is the only organisation with the authority to confer the title of chartered engineer.

“Achieving the title of chartered engineer is a public statement of an engineer’s competence to practice as a professional and is a seal of approval by their peers that they have developed an ability beyond that achieved during their academic years to that of a professional practitioner,” said Peter Quinn, president of Engineers Ireland.

“This title is widely considered to be the gold standard of the engineering profession. I am very pleased to see that 80 members of Engineers Ireland have been conferred with this title, in addition our 10 members who have achieved the prestigious title of fellow.”

Deeply honoured to be elected Vice-President of @EngineerIreland this evening. Looking forward to working with President Marguerite Sayers, DG Caroline Spillane and all the team. pic.twitter.com/rjqF73h3D4

During the Engineers Ireland AGM in May, Professor Orla Feely, UCD Vice-President for Research, Innovation and Impact, was inaugurated as Vice-President of the organisation.

Professor Feely became a Fellow of Engineers Ireland by presidential invitation in 2012.

She is also a member of the Royal Irish Academy and a Fellow of the Institute of Electrical and Electronics Engineers (IEEE), and the Irish Academy of Engineering.

She has also served as Chair of the Irish Research Council, the EU Advisory Group on Marie Sklodowska Curie Actions, and the IEEE Technical Committee on Nonlinear Circuits and Systems, and as a member of a number of Editorial Boards.