Dr Hannah White has been named the winner of this year’s Elton Prize, awarded by the British Ecological Society (BES) for the best paper by an early career author.

A macroecologist from the UCD School of Biology and Environmental Science, she won the coveted award for a paper published in the society’s Journal of Animal Ecology. 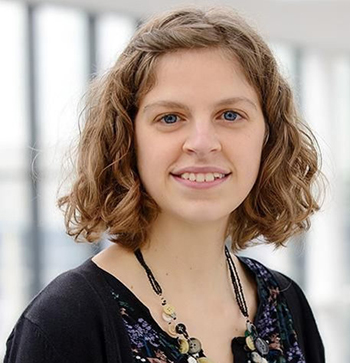 Her paper ‘Contribution of local rarity and climatic suitability to local extinction and colonization varies with species traits’ was written in collaboration with Professor Ian Montgomery and Jack Lennon from Queens University Belfast.

The study explored the effects of climatic change and local rarity on British bird populations – testing the hypothesis that climate suitability is a key element in conservation efforts.

“The Journal of Animal Ecology is well-respected within the field of ecology and publishes so many interesting research papers, so I am extremely honoured that my paper has been selected for this award,” Dr Hannah said.

Founded in 1913, the BES is considered to be the oldest ecological society in the world.

Each year, it awards a prize for the best paper by an author at the start of their research career for each of its five journals.

So honoured and thrilled to receive an award, thanks @AnimalEcology ! And massive thanks to my awesome, non-twitter co-authors Jack Lennon and Ian Montgomery https://t.co/WEm7QIw4JN

The society defines a ‘early career’ researcher as someone less than five years out from having completed their PhD.

As winner of a BES journal prize, she will present her paper at the BES’ annual meeting, where 1,200 ecologists from over 40 countries will meet to discuss the latest research in their field.

Additionally, she and her fellow authors will received a cash prize, membership in the BES, and a year’s subscription to the relevant journal.