Irish Travellers are facing a housing emergency as it was warned almost 10% of those homeless in Dublin were members from that community, an Oireachtas committee heard.

Speaking as a representative of a Government-appointed expert group on Traveller Accommodation, UCD Professor Michelle Norris said urgent action was needed to help hundreds of Traveller families at risk of eviction and in emergency accommodation.

Addressing the growing gap between Traveller housing needs and local government provision, Professor Norris said 9% of those homeless in Dublin were Travellers despite “[the community] making up less than 1% of the population”.

“That’s an emergency situation and it is getting worse,” she told the Committee on Housing, Planning and Local Government. 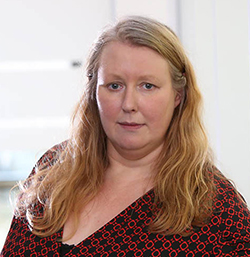 The researcher, from the UCD School of Social Policy, Social Work and Social Justice, warned that there were 600 Traveller families camped on roadsides across Ireland at risk of being evicted by Gardaí.

She said these evictions were contributing to overcrowding on halting sites, which local authorities did not want.

“Any of these families could be instructed to move on within 24 hours… and this is a big factor in the overcrowding of halting sites. [These people] simply have nowhere else to go, and face having their caravan, their only asset in life, being impounded by Gardaí.”

Professor Norris said opposition from residents' associations and councillors has challenged  the delivery of Traveller-specific accommodation.

Efforts to develop halting sites with the agreement of local communities had been tried for decades she said but had largely failed “in large parts of the country”.

Highlighting that the four local authorities with the fastest expanding Traveller populations were among the worst offenders for failing to spend funds earmarked for Traveller housing, Professor Norris said that Expert Group believed the Government should temporarily suspend the requirement for local councillors to approve the provision of Traveller accommodation.

She also urged the Government to strengthen the National Traveller Accommodation Consultative Committee by giving it powers to monitori both the planning and provision of traveller accommodation.