Coal mines can be closed without destroying livelihoods – here’s how 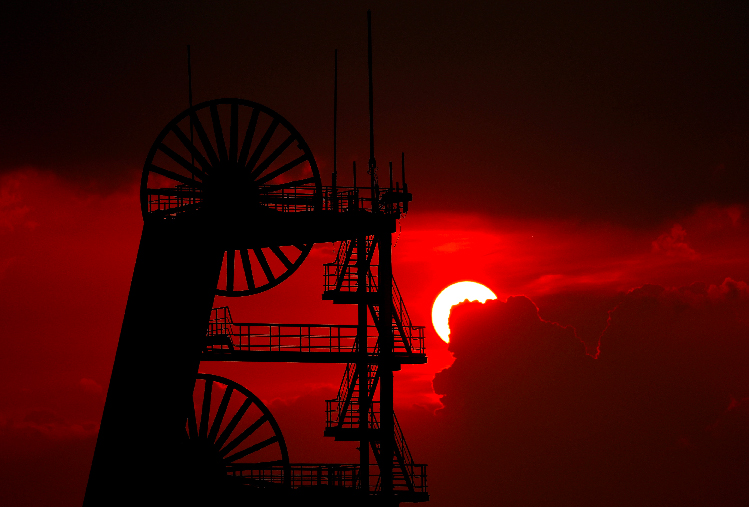 Countries across the globe are trying to wind down coal production. While this will help in the battle against climate change, those communities that have specialised in coal mining may see their local job market decline or be eliminated entirely. Most of these places have mined coal for many generations. Given long-standing traditions, such communities will inevitably resist decarbonisation unless they are given appropriate reassurances regarding their economic and social survival.

We recently researched what did – and didn’t – work in coal regions of Canada, Australia and Germany. Our aim was to identify which policies have been most successful in halting the production of coal without placing the economic burden on coal workers and communities. Our results are now published in the journal Energy Policy.

Workers in extractive industries like mining or oil are often presented as the public face of opposition to environmental protection. However, research has shown that workers in “dirty” industries do tend to support environmentally friendly policies once their immediate interests are not negatively affected.

Furthermore, there is clear evidence that environmental protection and transitioning to the low-carbon economy has the potential to create employment just as much as it can cause unemployment.

The European Trade Union Institute has developed various indicators of a “just transition” away from coal – dialogue, retraining, and so on. In our paper, we used these indicators to identify what worked in our three case study areas.

Talk to each other

We found that active dialogue with communities is key. In North Rhine-Westphalia, Germany, policy is jointly formulated by employees and employers, giving workers a voice which is largely equal to that of industrialists. The proportion of employees on supervisory boards is determined by the number of employees, which means there is one-third employee representation if there are more than 500 employees and parity on the supervisory board if there are more than 2,000 employees. This has meant coal mining has been gradually reduced and now nearly eliminated without major social or political upheaval.

In contrast, Hazelwood coal power station and adjoining mine in Victoria, Australia were closed with minimal consultation with unions or government, and after just five months notice.

Where dialogue does occur, it must be genuine and followed by action. In coal villages in Alberta, Canada, such as Forestburg or Wabamun, the industry did attempt to talk to workers and local officials but the structure of the talks was poorly defined, resulting in workers not trusting the decarbonisation processes.

We identified re-employment in “clean” industries as a way to maintain livelihoods. The German approach to re-employment has seen North-Rhine Westphalia reinvent itself as a leader in new energy technologies. Central to this has been a bottom-up approach involving co-operation between workers, communities, employers and government.

In Victoria, the dominance of the coal industry has hindered the transition towards a lower-carbon economy. However, the establishment of the Earthworker Cooperative has provided a platform for various affected groups to establish sustainable enterprises such as Australia’s first worker-owned factory, making renewable energy appliances and components. This demonstrates how local communities can create employment and maintain profits within their area without relying on coal.

In Alberta, a number of production facilities are simply shifting from coal to gas. While this shift creates jobs outside the coal sector, it does little to secure employment overall, since natural gas extraction and production requires fewer workers than coal. For example, energy company TransAlta is converting its coal-fired Sundance power plant in Wabamun to natural gas, which means the overall workforce will be cut in half when the layoffs are complete.

Re-training allows workers to develop the necessary skills to work outside of the coal sector. In North Rhine-Westphalia, training programmes have targeted a number of different sectors including engineering, trades, business and technology. The industrial heartland of the Ruhr area – once the centre of Germany’s coal industry – has six new universities, 15 colleges and 60 research facilities since 1961. This Strukturwandel, or structural change, has developed a highly skilled workforce and demonstrates the potential for economic growth and diversification beyond coal.

Education and training has been made more accessible through subsidised retraining – in Alberta, through the Coal and Electricity Transition Tuition Voucher, and in Victoria through the Training Guarantee. This ensures that retraining does not place an additional burden on those facing redundancy.

Investing in infrastructure is a further means by which to secure sustainable transitions for workers and their families. In North Rhine-Westphalia and Victoria, government funding has primarily focused on roads and rail alongside investment in community infrastructure such as sports and recreational facilities. This ensures that former mining areas do not remain synonymous with coal production, pollution and socio-economic problems, and makes them a more attractive place for other industries to invest.

Moving away from fossil fuels such as coal is central to achieving emissions targets. This doesn’t have to create huge social unrest. With the goodwill of policymakers and through measures such as those we have identified, decarbonisation strategies can be developed and implemented while maintaining livelihoods for those directly affected.

Click here to subscribe to our climate action newsletter. Climate change is inevitable. Our response to it isn’t.