Oireachtas Committee: Cyber-crime expert warns online harassment not being pursued due to lack of resources

The Government’s failure to properly resource Gardai to deal with online harassment has created an unwillingness to investigate complaints, an Oireachtas Committee has heard.

UCD Associate Professor TJ McIntyre, who chairs of Digital Rights Ireland, said a lack of training and access to proper devices in An Garda Síochána meant existing laws were not being enforced.

Victims who complain to the gardai are being told that the conduct is not a crime or that there is nothing that can be done, the Joint Committee on Justice and Equality heard.

“As long as the level of under-resourcing continues it is hard to see how any significant number of cases of online harassment can be pursued, creating the risk that any expansion of the criminal law in this area will go unenforced,” he said.

“The issue of online harassment has been in the public eye and on the legislative agenda, in one form or another, since 2012. It is disappointing, therefore, that during this period the government has failed to properly resource An Garda Síochána to deal with this area, failed to reform the law on access to internet data, and failed to implement any of the recommendations made by the Internet Content Advisory Group or the Law Reform Commission.”

“In 2013 [we] appeared before the Oireachtas Joint Committee on Transport and Communications as part of a series of hearings on Social Media Ethics and Communications, following the suicide of Donegal teenager Erin Gallagher,” he said. 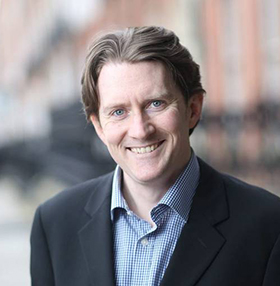 “In written submissions, [it] was reported after the death of Erin Gallagher that her mother was told by Gardaí that there was nothing they could do in respect of the bullying. This was simply not so.

“Six years later, the current case of the Ryan family from Co Meath, who were subject to racial abuse after appearing in advertising for Lidl, illustrates the same problem.”

Ms Ryan and her fiancé recently claimed they were forced to leave the country as a result of online racist abuse and death threats against themselves and their children after they featured in a Lidl ad campaign.

“[She] reported the abuse… to the Garda but was told it was a civil matter. However that abuse should have prompted an investigation into whether individual users were guilty of harassment,” he said.

The Justice Committee is examining the nature and extent of cyberbullying, harassment, and other harmful communications and if there is a need to implement new legislation.

Tech giants Facebook, Twitter and Google have appeared before the Committee, along with representatives from the Rape Crisis Network Ireland and ISPCC.

Criminalising conduct, even if the intent was not necessarily to prosecute, would make social media companies “take the matter seriously”, he added.

The UCD law expert also told the committee that the scale of the Garda Cyber Crime Unit had not kept pace with the growth of online harassment; that the number of officers within it had remained more or less unchanged in the past decade.